In a gaming event held in New York City, Sony announced the highly anticipated PlayStation 4. Surprisingly live preview, images or details about the pricing and release date were not released, which indicates that a lot of work is pending.

Sony’s Mark Cerny talked about the upgraded console and how the PlayStation ecosystem could be integrated into other platforms like the Vita, as well as smartphones and tablets. He spoke about the way that all of the consoles before have been a ‘single purpose’ device. He also spoke about the importance of developers, and how Sony reached out to them to create a ‘platform by game creators, for game creators’. 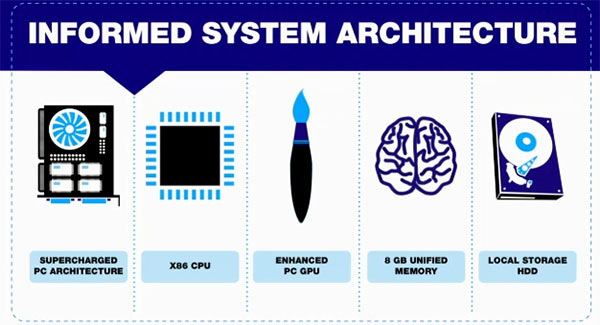 PS4 runs on standard PC hardware with a x86 processor similar to those used in many windows machines, a standard graphics processor and GDDR5 memory. The 8-core processor and GPU are unified, providing 170GPBS bandwidth. The PS4 will include a Blu-ray/DVD drive, as well as USB 3.0, Ethernet and Bluetooth. 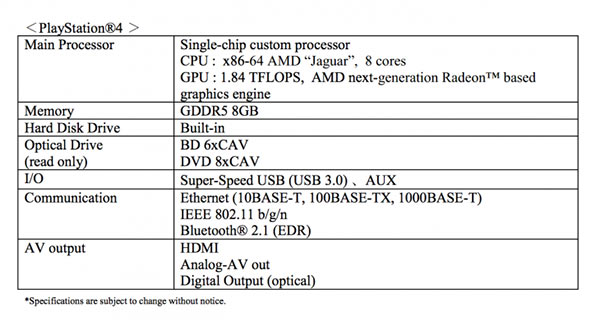 The new system uses a DualShock 4 controller with a touchpad, share button, lightbar and headphone jack. The lightbar mates with a camera system on the PS4 that allows the console to track the depth (distance away) of the player. Sony is also updating its PlayStation Eye accessory for the new console. Packed with two cameras and four microphones, it will be capable of 1280 x 800 video at 60fps, 640 x 400 at 120fps and 320 x 192 at 240fps. 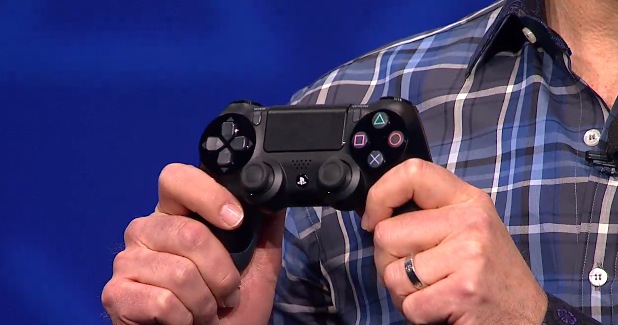 There is background uploading and downloading, allowing the console to update game and system items in the background even if the main power is off. Digital titles can even be played while they are being downloaded. This is enabled by a secondary processor that allows for background work while the main processor is handling gameplay.

The new PlayStation 4 is also highly focused on offering social experiences. You’ll be able to stream your play sessions to allow input, including your friends taking over control to help you out with a rough patch, for instance. You can also quickly share video clips to friends and the PS network.

Gaikai technology will allow you to ‘instantly experience’ any title that you’d like to try. That means you will be able to try out any game demo you like and buy it if you like it. Gaikai’s technology is also behind the spectating feature of the PS4 which allows you to share your gaming session with a button push and allows friends to jump in and take over control to help you. Some games will allow people to give you items that will help you in game play like ‘health potions’. 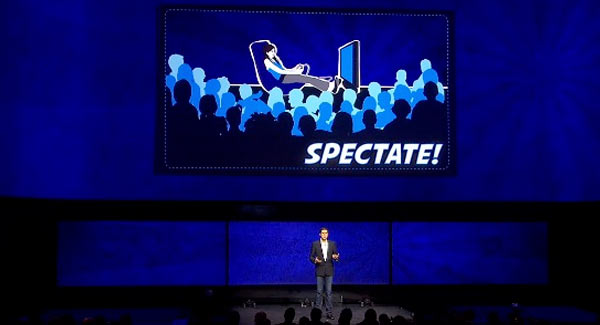 Several PS4 games were announced at the event. One of the first major titles is the new ‘Killzone: Shadow Fall’. The new game is set thirty years after the events in ‘Killzone 3′ in a new world with a new hero. The Helghast and the Vektans have been living side by side peacefully in this new city, but not for long. 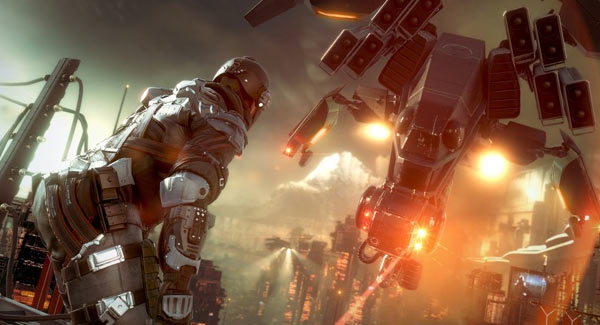