This year at CES Huawei introduced many new Android devices as well as a Windows Phone smartphone. We are excited to tell you that most of them will be launching in Pakistan, including the gigantic Ascend Mate. 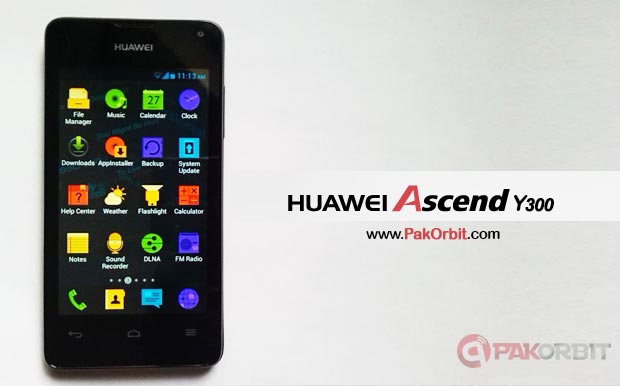 The first device made available in Pakistan is a low end android smartphone Ascend Y300 (Single SIM version) and here we are with brief review of this device.

All the devices introduced by Huawei this year, nearly have the same generic smartphone design. Y300 is no different, I has slightly rounded corners, a plastic body with a rubbery feel and a circle around the primary camera. The phone dimensions are 124 x 63.8 x 11.2 mm. This phone weighs around 130 grams and the rubber material allows you a comfortable hold. 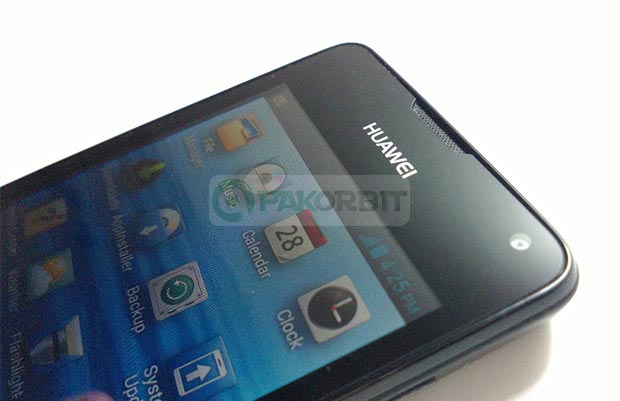 Y300 is equipped with a 4 inch 16M colors TFT capacitive touchscreen, having a resolution of 480×800 pixels. The screen is vivid and highly responsive but it is prone to smudges & scratches, so using a screen protector is recommended. Above the screen there is Battery indicator, ear speakers, light sensors and 0.3MP front facing camera. Below the screen we have three touch sensitive keys; back, home and menu. 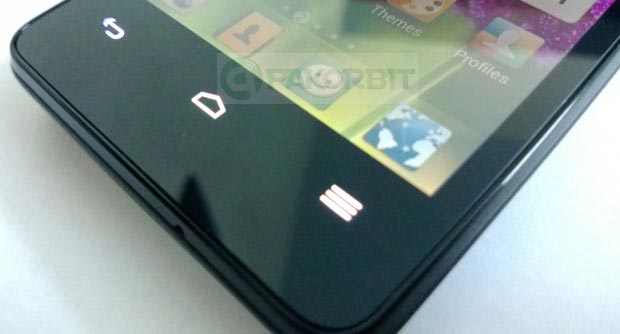 On the top left there is the power/lock key, which is a quite odd place and in the top center we have a 3.5mm headphone jack. On the right side we have the volume rocker, which is again quite odd because mostly the volume rocker is on the left, which has the microUSB port in this phone. The microphone is located on the bottom. 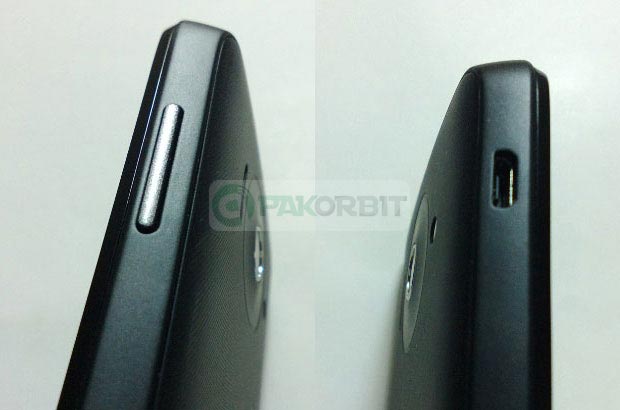 The backside of this phone has a 5MP Camera with LED flash light and an arc shape speaker just outside the Camera circle. On the bottom we have the Huawei logo embedded in the rubber material. Under the cover there are slots for Mini SIM, Battery and microSD card. 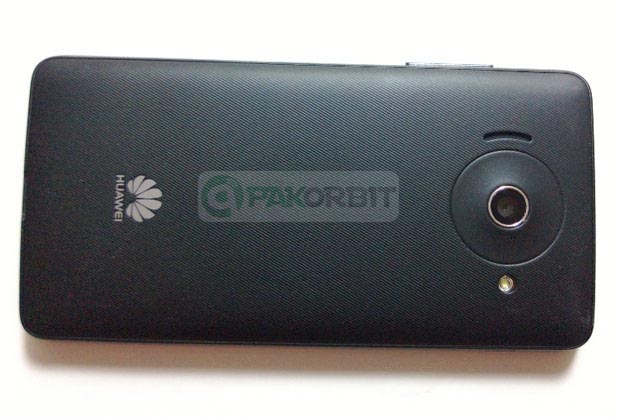 I have accidentally dropped this phone while taking it out of my pocket and surprisingly it didn’t take a single scratch, thanks to the rubberized plastic, also the back cover won’t take any scratches so there is no need to add a protective case. Overall I am very satisfied with the build quality of this phone. 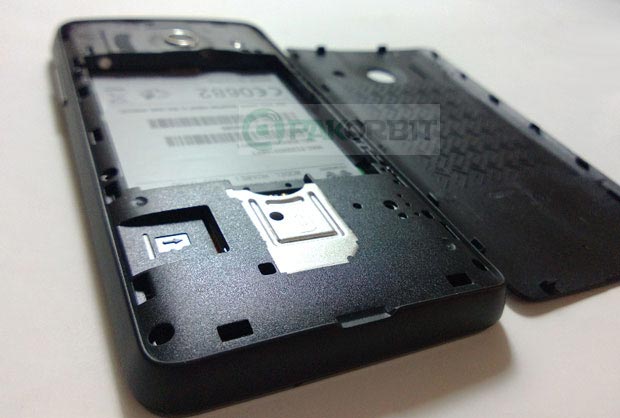 The phone comes with Android Jelly Bean 4.1.1 out of box and on top of it runs a newer version of Emotion UI, Huawei’s Proprietary User Interface which was first seen on Ascend P1 in Pakistan. This UI provides an easy functionality for the new Android users.

In Emotion UI there is no app drawer, and everything is on your homescreen, you can arrange the apps by putting them in folders or can create new. You can still add the widgets by pressing and holding the screen.  Huawei has also included some of its own, like the “Me widget” which is a collection of different widgets where you can put your contacts, clock, music, weather and gallery widgets. 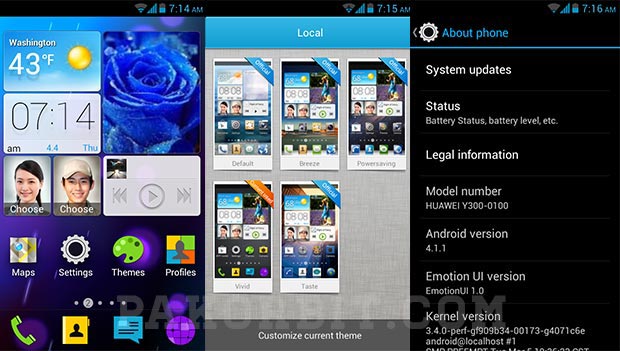 Emotion UI comes with different themes and you can also download new ones. The notification area is also customized and there are many toggle buttons included for quick actions like turning on Wi-Fi, Bluetooth, GPS and Screenshot. This UI also has a profile app, which allows you to select or create profiles with different sound, brightness and data settings.

By default there is no stock launcher present and the Emotion UI is your only choice, but you can use any other launcher like Nova or Apex if you don’t like the UI, still you can’t get rid of some of the features of Emotional UI because it’s integrated with the OS.

Keeping in view the Huawei’s tradition of releasing OS updates, there a very few chances that this device can get a Jelly Bean 4.2 upgrade.

The phone is powered with a Dual Core 1GHz processor,  512MB of RAM and Adreno 203 GPU. Most of the devices running Jelly Bean these days have at least 1GB of RAM, but surprisingly the device works very smooth, there is no visible lag. Games like Temple Run 2, Battle Monkeys 3D Multiplayer run fine on this phone. You can’t compare it with phones having Quad core CPUs with whopping 2GB Ram and better GPU – It is a lower end phone, The browsing is also very smooth and fluid. Have a look some of the benchmark results: 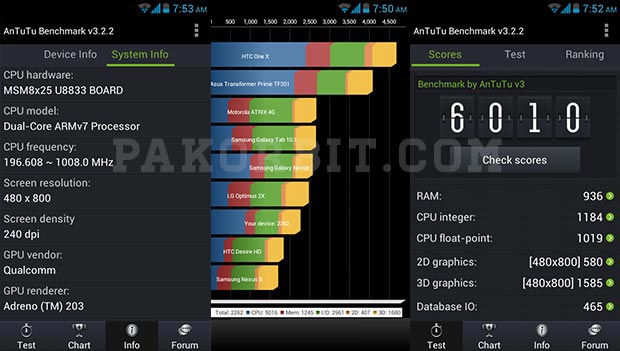 Ascend Y300 has a 5MP auto focus camera with a single LED flash light. The sample unit we got has a yellow LED that causes strong yellow tones in the close up images, but the overall experience is satisfactory. The images turn out bright and vivid. Sadly there is no physical button for Camera, so you have to be extra careful while taking pictures. The Camera app is very basic and there are not much settings to play with, also you can’t mute the camera sound. The secondary camera can be used for video calling, which is quite sluggish. 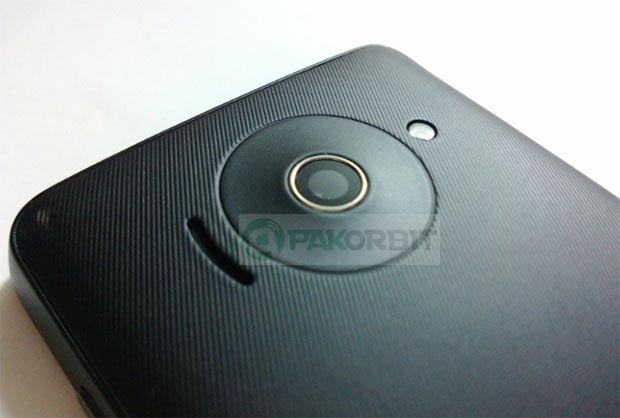 The Camera only offers a VGA resolution for recording videos, most of the phones available in market at least offer a 720p video recording. Other than that there are even less settings for video. You can turn on the LED light to record videos in the dark. There is also a standalone Torch app which uses the LED.

Have a look at some of the images taken with Ascend Y300 in different lightening conditions: 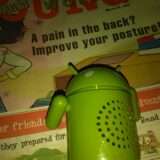 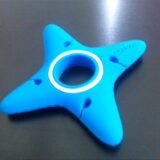 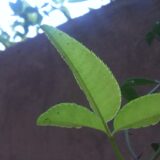 The phone packs a 1730mAh battery, which lasts 1.5 days for an average user, but for users who love to browse over Wi-Fi, play games and multimedia, it shrinks to a single day or less – but it’s quite normal. The Battery saving mode allows you to extend the life, by disabling Wi-Fi and turning off animations and haptic feedback. 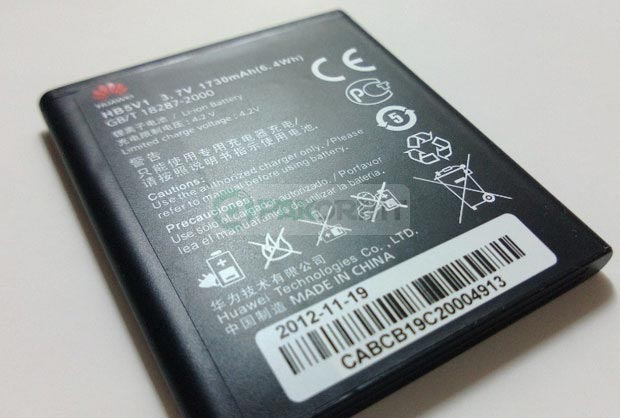 This phone is available all over Pakistan, for a price of Rs. 13,000/- with one year warranty of Airlink Communication. Currently the phone is available only in Black color but from next week the white version will also hit the stores.

Ascend Y300 is the best option in this price range, it has a durable design and delivers a satisfactory performance. Sharp screen and Android Jelly Bean operating system makes the deal even more attractive. Unlike the “Rebranded” cheap smartphones Huawei is an International brand and was one of the top 3 vendors of smartphones in Q4 2012.

Huawei is trying its best to grab the market share from companies like QMobile, HTC and even Samsung by introducing low end smartphones as well as affordable feature phones. They just need to focus on attractive advertisement campaigns, also as we mentioned earlier adding Urdu language support, localized apps and variants of these phones with dual SIM option will attract even more customers.

Have a look at the unboxing and hands-on video: