PTCL has recently introduced a new version of its 3G Evo Tab, now with a dual core processor and Android ICS operating system.

Back in 2011 PTCL offered the Evo Tab for the first time, which was powered by a 800MHz processor and 512MB of RAM with Android Froyo 2.2 on top of it. This tablet offered 3G wireless broadband with calls and SMS functionality but PTCL ridiculously priced it at Rs. 30,000 with 6 months of Unlimited Evo, an year later price was dropped to 12,000 with 3 months of Unlimited internet but the tablet failed to attract the Pakistani customers due to its low hardware and outdated software.

The key specifications of new Evo Tab are: 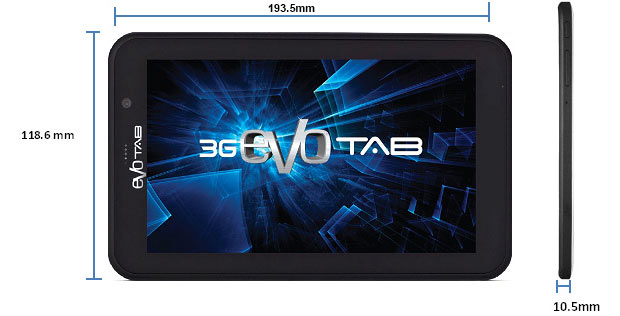 The new tablet is priced at Rs. 18,000 with three months free internet, which is unlimited. But after 3 months the charges for internet package offered are Rs. 500 per month which is capped at 10GB volume per month.

No doubt the specs of this tablet are better than its predecessor and PTCL has set a reasonable price this time but still, 512MB of RAM and ICS operating system are pretty much outdated. The IPS screen will give you better picture quality but the performance of the tablet won’t please you. Also the package offered after the promotional period is not unlimited and capped at 10GB per month. So if you are thinking about buying this tablet, think twice.