You may know that Google earns most of its revenue from advertisement services and they make sure that their mobile apps also display ads properly.

Recently Microsoft released a new YouTube application for Windows Phone 8, with a very neat interface and as compared to old app provides better functionality, previous version was actually just a link to the Mobile version of YouTube website. 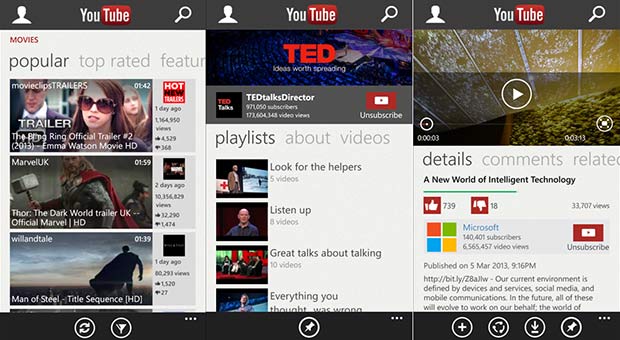 Everyone liked the app, but Google didn’t. Why? Because Microsoft has disabled the ads in this app, and Google doesn’t like loosing its revenue as it violates the API use. Company has sent a cease and desist letter to Microsoft and asked them to take down YouTube app by May 22nd.

Microsoft responded this letter by saying “We’d be more than happy to include advertising but need Google to provide us access to the necessary APIs”. It appears that Google will accept Microsoft’s request and allow them the access to the APIs, because the company approach is for more interoperability and less negativity. I hope that the issue is resolved before the time period ends, so that Windows Phone users don’t have to revert back to the mobile version of YouTube website.