In the first of its kind criminal case related to spyware, United States Justice Department has charged the Hammad Akbar, CEO InvoCode ─ a Lahore based startup.

According to the law enforcement authorities, InvoCode advertised and sold and application known as StealthGenie, which is capable of monitoring smartphone’s activity and designed to know about every detail of victim’s personal life.

This app could record conversations within 15-foot radius, record calls and intercept text messages/emails. This app can also access victim’s personal data, including photos and files and transfer them to another device with user’s knowledge.

Even though one needs physical access to the victim’s phone to install this application, however once installed the stalker can monitor each and every activity. 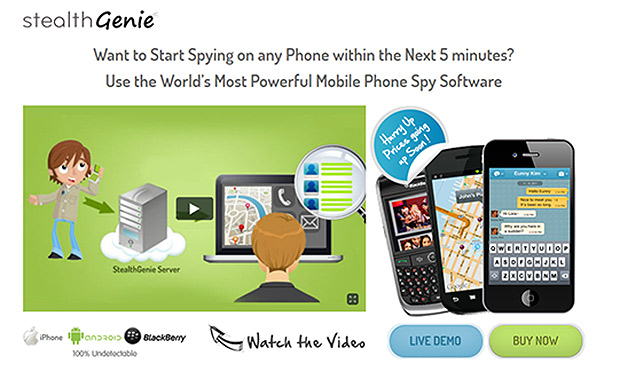 In a statement Assistant Attorney General Leslie Caldwell said that:

Selling spyware is not just reprehensible, it’s a crime. Apps like StealthGenie are expressly designed for use by stalkers and domestic abusers who want to know every detail of a victim’s personal life — all without the victim’s knowledge.

Hammad was arrested in Los Angeles last week and charged in the indictment with conspiracy, sale of a surreptitious interception device and related charges.

This app was available on iOS, Android and Blackberry. At the moment all the app stores have removed this application and its website has been taken down.

The Yahoo-Verizon deal is still on, even after the revelation of major security breaches in Yahoo’s network. However, Verizon is now asking for a discount of around $250 million USD. The deal was originally valued at $4.83 billion USD and included all of Yahoo’s real estate, along with the online operations. However, sometime later Yahoo […]

Julian Assange, the founder and editor of the controversial Wikileaks has activated his 5 years old Twitter and told everyone that he is in fact alive. Rumors of my death have been greatly exaggerated (in a curious plot) https://t.co/S7Nd9SIXIw pic.twitter.com/KpDzLbokxH — Julian Assange (@julianassange) February 14, 2017 Conspiracy theorists have been spreading false rumors recently. […]