Xiaomi the Chinese smartphone manufacturer has been exploring the Indian market since one year. Recently the company organized an event in New Dehli where it launched Mi 4i smartphone and Mi Band. Those who don’t know about Mi Band, it is a fitness band which tracks your daily routine of walking, sleeping etc and provides the stats each day. 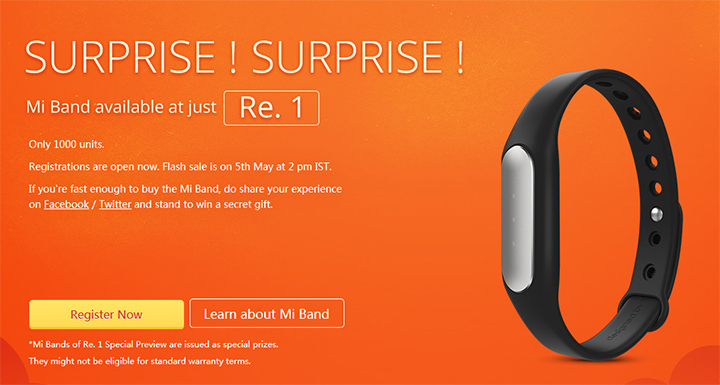 The Band is pretty much the same as other, however the interesting thing about it is the price, i.e. 1 rupee only. Hugo Barra, Vice President Xiaomi has announced on his Facebook profile that the pre-registrations are now open and first 1000 customers will get it for 1 rupee only.

The retail price of this band will be Rs. 999 and it will go on sale from tomorrow.