Today most of the smartphone brands are making exactly the same looking phones with almost similar specifications. Every now and then we do see some new concepts, however unfortunately none of them actually makes it to mass production.

But this is all about to change with Xiaomi Mi MIX, a futuristic smartphone designed by French designer Philippe Starck that is actually going to hit the markets very soon and it won’t cost you and arm and leg. This phone was officially announced by Xiaomi at their Beijing event today along with Mi Note 2. 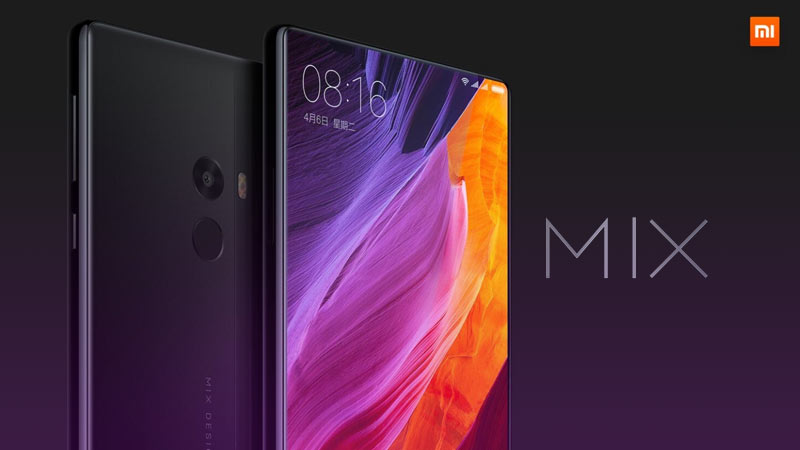 What’s so special about this phone?

Mi MIX is going to be the first smartphone that totally removes the top bezel and mimics a true border-less display. It has a big 6.4-inch display that features a striking design with side bezels so thin that you won’t even notice them.

The rounded display has 2040×1080 pixel resolution with a 17:9 aspect ratio that takes up 91.3% of the front. It removes the physical key on the bottom and features on-screen keys, but even with those you get 16:9 viewing area.

It is made entirely out of ceramic, with ceramic back, ceramic frame, and ceramic buttons. The design is inspired by Chinese craftsmanship and uses Tenon design, which doesn’t include any use of glue, plastics or other adhesives.

The camera position is also moved to the bottom right, and the module is 50% smaller than traditional camera modules. The bottom part is actually the only border that is visible on this smartphone.

What’s inside this smartphone?

This phone will be available for Chinese customers next week, however there is no information available regarding its launch worldwide.