The government of Punjab has declared ride-hailing services Uber and Careem, as illegal. It has announced that legal action will be taken against the mobile-application taxi service providers. 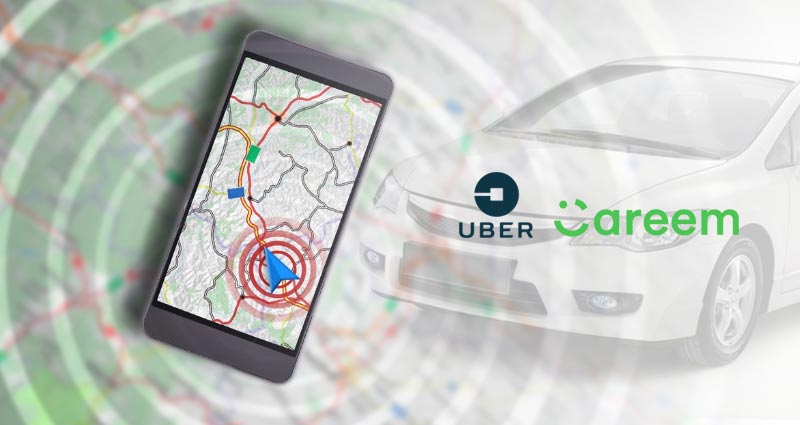 A notification issued by the Punjab Transport Authority states:

It has been observed with grave concern that some companies including Careem, Uber, A-One etc are offering cab services through mobile network technology without registering the private cars with any regulatory body and without obtaining fitness certificate/route permits of these cars, causing great loss to the Govt. Exchequer and also a security threat for the general public travelling through these cars.

The notification further said that the services providers didn’t get necessary security approvals for the drivers from concerned authorities. 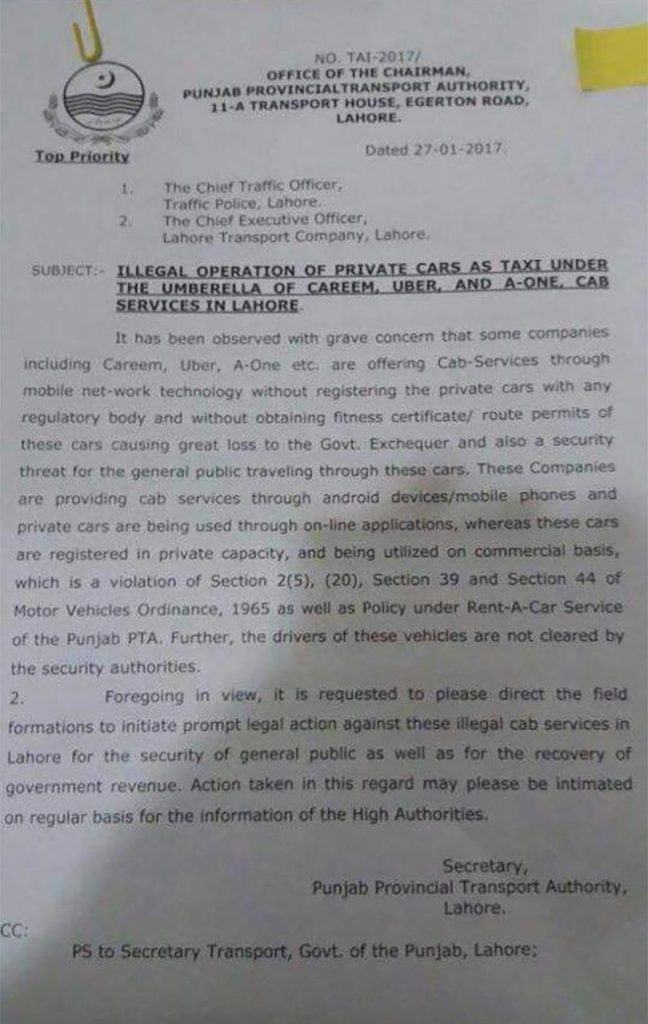 The Sindh government also declared the use of private cars as taxis illegal. Reports suggests that government has contacted PTA to block their apps in Pakistan.

According to the Transport Secretary, all these private cars need commercial license for taxi services. They also need to obtain, fitness certificates for the cars and route permits.

Now the government of Sindh haven’t “banned” the services and only sent legal notices and challans.

It merits mentioning here that ride-hailing service like Uber and Careem and facing opposition around the world. India, Malaysia, New Zealand and UAE have taken strict actions against these services in order to implement legislation.

Quite recently UAE government has implemented a new tax, where Uber and Careem drivers will have to pay AED 5 to the government.

We do hope that Careem and Uber resolve these legal issues as soon as possible and resume their services in Pakistan. Not only because these services provide better transportation but thousands of people got employment opportunities as well.