Facebook has turned on its safety check for the users living in Lahore after a strong bomb explosion at the Chairing Cross, Mall Road near Punjab Assembly Building. 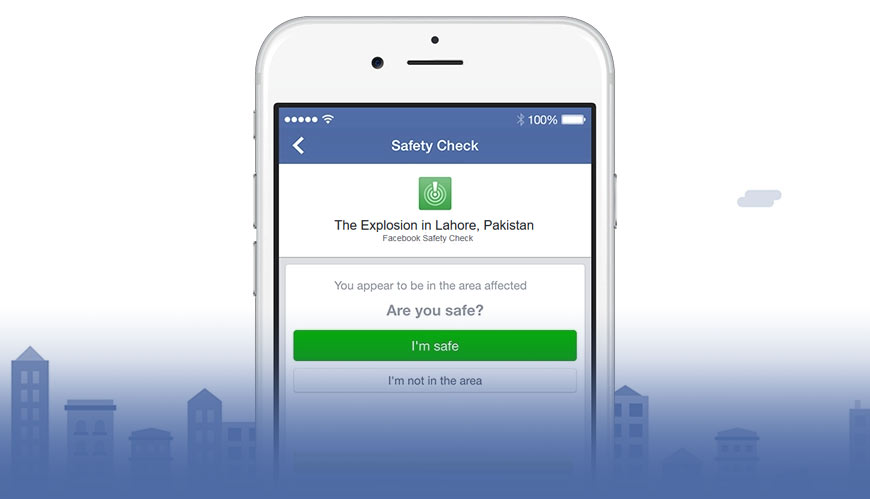 The Facebook safety check asks you to mark your self safe in case there has been some emergency. If you’re in the affected area, you can tell your friends you’re safe and check to see if they’re safe, too.

If enough people in an affected area post about an incident, safety check is activated. You’ll get a notification to let your friends know you’re safe. You can also see which friends have marked themselves safe.

Earlier today, a strong explosion shook Lahore, claiming the lives of at least 16 people and injuring many others. It happened when more than 400 people were protesting at Chairing Cross.

According to the preliminary reports it was a suicide blast. High-ranking police officials were the main target.

This explosion could also disrupt the highly-anticipated final of the Pakistan Super League that was scheduled in Lahore.