OPPO has launched its latest flagship device, the F3 Plus with Dual-Selfie cameras in Pakistan yesterday with a hefty price tag of Rs. 48,899. A launch event was held yesterday in Lahore, where OPPO’s brand partner Hassan Sheheryar Yasin along with CEO George Long unveiled this new phone. 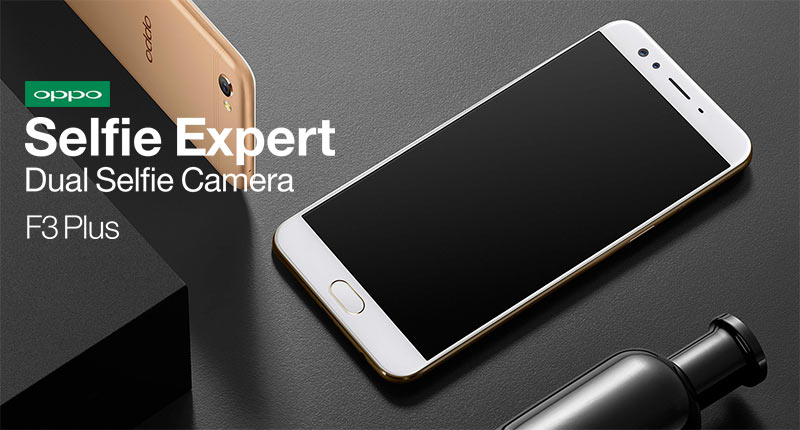 OPPO F3 Plus at a Glance:

First things first, the OPPO F3 is kind of a big phone, like really big ─ it has a 6-inch display that features a 1080p resolution. The screen looks quite sharp but for a display this big Quad HD resolution would suit better.

Furthermore, it has Gorilla Glass 5 with support for Gloved and Wet Touch Input, apparently the 2.5D glass curve is missing that gives the phone a seamless edge design, but the bezels are remarkably thin. 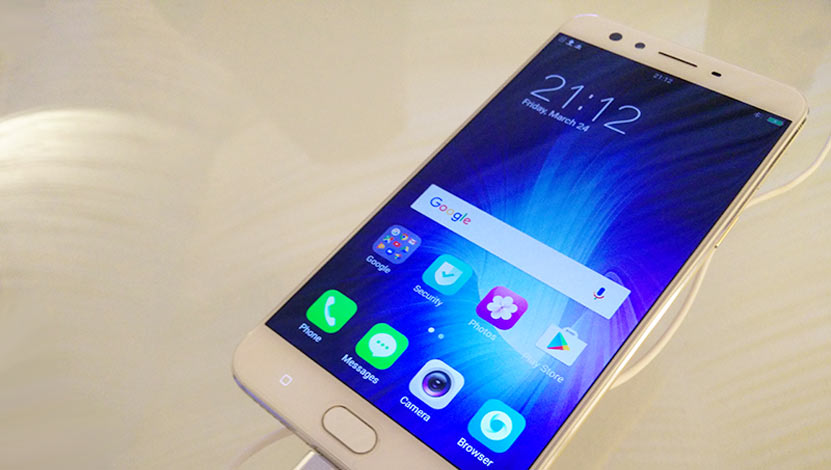 The phone’s big size makes it heavier as well; at 185 grams it is almost 40 grams more heavy than its predecessor, the F1 Plus.

The smooth metal surface and the six-string antenna lines, give this phone a premium look and the rounded corners provide a firm grip. Keep in mind that the phone size could make it hard to use it with one hand and it would be quite difficult to carry this phone in your pocket. 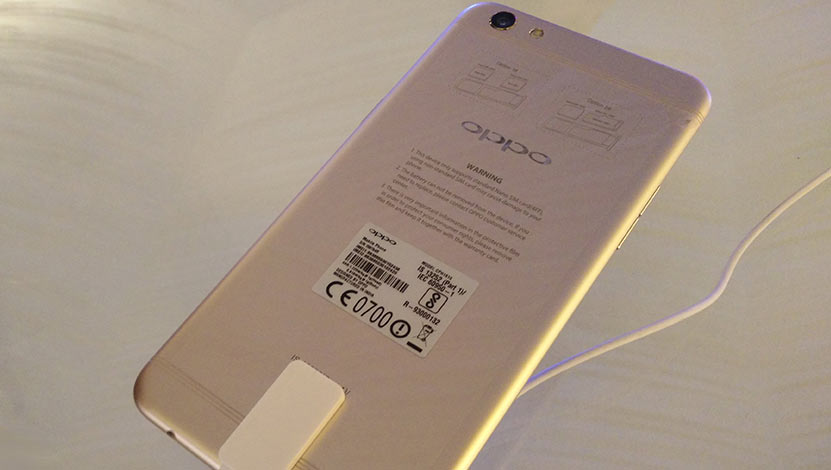 A Peek under the hood:

While the cameras are the main selling point for this phone, the OPPO F3 Plus tries to impress with its hardware specifications as well.

F3 Plus packs a Qualcomm Snapdragon 653 Octa-core processor along with 4GB of RAM and 64GB internal storage. The phone features a hybrid SIM slot, so you can either use two nano-SIM cards or opt for one SIM card one microSD card up to 256GB.

It provides connectivity support for 4G LTE (on Band 5 as well), Wi-Fi, WiFi Direct, Bluetooth 4.1 LE, A-GPS and a microUSB 2.0 port, which is kind of outdated now. Most of today’s phones have the newer USB Type-C port and its main benefit is the reversible cable plug.

The F3 Plus has an upgraded fingerprint scanner that also doubles as the home key, which according to company claims is one of the fastest and accurate fingerprint unlocking mechanism that also works with wet hands.

To power the behemoth, there’s a 4000mAh non-removable battery that also support VOOC Flash Charge. OPPO introduced Super VOOC Flash Charge at MWC 2015, that could charge a phone battery under 25 minutes but we’re yet to see this new technology implemented in a phone.

OPPO claims that their new Dual-Selfie camera is one of the best as it produces superb selfies in any kind of scenario, whether you just want to take your selfie or want to fit in a dozen of people in one photo, the dual cameras will help you out.

There are two camera sensors on the front, one of them boasts 16-Megapixel resolution while the other is a 120-degree wide angle camera that gives you up to 8-Megapixel resolution. Both of these cameras support OPPO’s proprietary Beautify 4.0 which turns ordinary shots in to head-turning selfies.

The 16-Meagpixel camera has a 1/3-inch sensor, with F2.0 aperture that takes low noise shots and tries to create a bokeh effect. While the 120-degree wide angle 8-Megapixel camera fills more faces in a single frame.

Talking about the primary rear camera, OPPO claims that the new Sony IMX398 sensor, specially developed for the F3 Plus has a 1/2.8-sensor and F1.7 aperture. It features Dual PDAF focus and a dual-tone LED flash light as well. 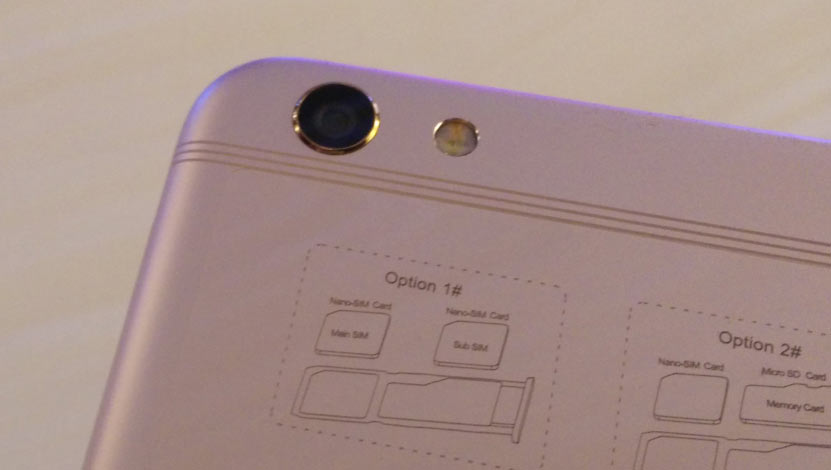 An outdated version of Android:

While OPPO claims that their ColorOS 3.0 is one of the best Android customizations, the truth is that it actually slows down OPPO’s software update process. Most of the OPPO phones never get a major Android upgrade.

F3 Plus is running Android Marshmallow 6.0, which is almost 2 years old now. Most of the phone launched this year are either packed with Nougat 7.0 or Nougat 7.1, so I was kind of hoping that OPPO would speed up their efforts in the software department as well.

Having said that, most of the smartphone users in Pakistan doesn’t actually care about the core Android version as long as their phone works fine and it has all those shinny icons and colorful wallpapers.

OPPO F3 Plus Price and Availability in Pakistan:

The F3 Plus is now available for pre-order in Pakistan for the price of Rs. 49,899. It comes with one-year warranty from OPPO Mobile Technologies Pakistan and those who will pre-order this phone will also get free gift-hampers.

For the past couple of years, OPPO’s focus was on mid-range devices with better cameras, however this new phone has improved a bit in terms of SoC as well and obviously the Dual-Cameras are the key highlight.

Despite all these improvements, I think that this phone is highly overpriced and customers won’t be happy to pay Rs. 50,000 for a smartphone that doesn’t offer anything good other than the cameras.

Right now this phone is only available in Gold color, however later Rose Gold and Black color will be available in the market. 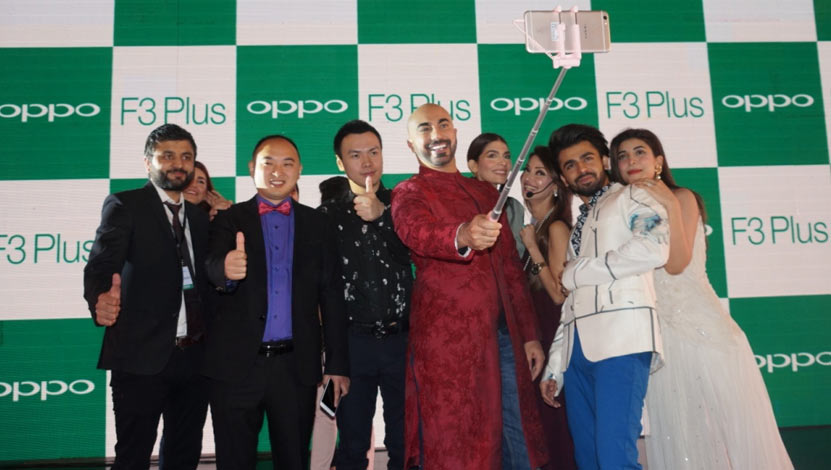 The Trimmed Down F3 will arrive in May:

For some odd reason, OPPO has delayed the launch of the base model F3. We only know that it also features Dual-Selfie cameras and has a smaller 5.5-inch screen, but other details are scarce at this moment.