This year at MWC, Chinese smartphone maker OPPO announced a revolutionary 5x technology, that uses a periscope style dual-camera setup to provide up to 5x Lossless Optical Zoom. The 5x camera technology is already being mass produced and hopefully it will be available in OPPO smartphones next year.

While the dual-camera 5x technology would take a year or two to become available commercially, the next OPPO smartphones surely will have a “Dual Selfie Camera”. 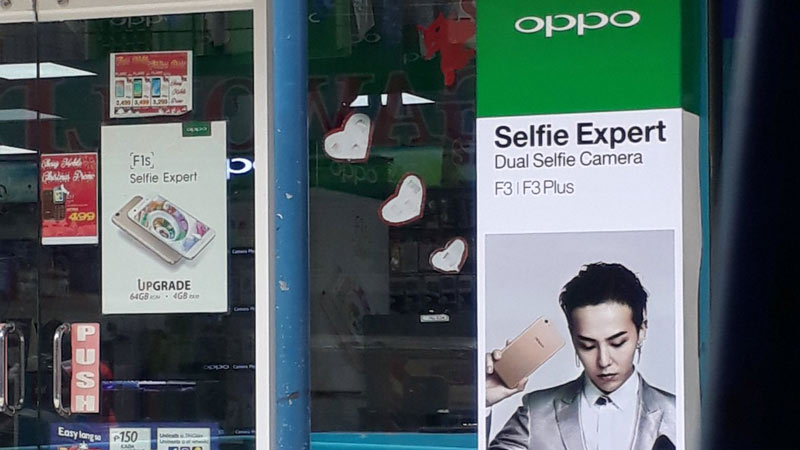 A twitter user posted two photos of some shop branding in Philippines that tells us the next flagship devices from OPPO, namely the F3 and F3 Plus will have a Dual Selfie Camera setup.

It doesn’t say much about the phone or the dual-camera specs, but we are hoping that it does come with auto-focus and a LED flash light on the front as well, since these phones are Selfie focused and the megapixel count alone won’t make them stand out. 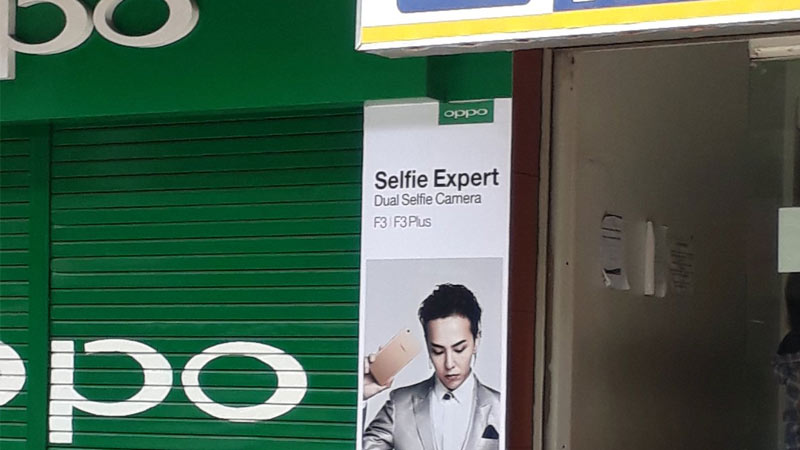 Philippines is a big market for OPPO and it is quite logical for them to launch these phones in this market first. We don’t have any official confirmation yet, but since the shop branding is already up, we may expect these phones to be announced in a month or two.

Some rumors also suggest that F3 and F3 Plus might feature Super VOOC technology, that can charge the phone battery to 100% in less than 15 minutes. It was announced at MWC 2016, but until now we haven’t seen an actual commercial product.

We’ve reached out to OPPO Pakistan for more details about these upcoming phones and their availability in Pakistan and will update once we get more information. So keep checking back!