Ookla’s SpeedTest is probably the most popular free service to test your Internet connection bandwidth to locations around the world.

Established in 2006, SpeedTest can be accessed through web and mobile applications on Android, iOS and Windows platform. A report says that as of 2016, over 9 billion speed tests have been completed. 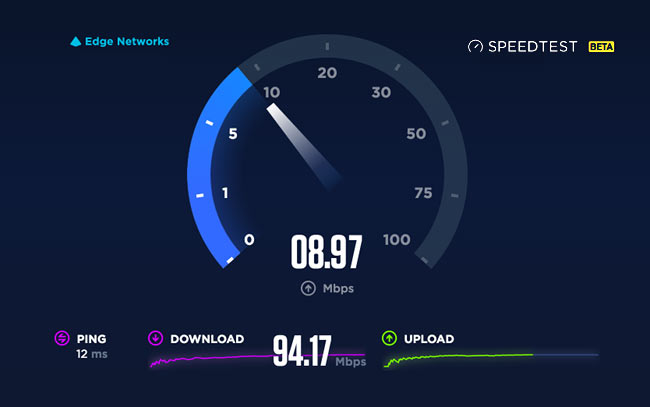 Previously SpeedTest used Adobe Flash and HTTP protocol to gauge the performance of a network, however the latest Beta of SpeedTest dropped Flash on all browsers and now uses direct TCP sockets and a custom protocol for communication between servers and clients.

Moreover, the visual layout has been changed a bit, with a modern flat design and easy to access controls. After each test the system asks you to describe your overall satisfaction with your current internet service in order to determine the score for the ISP.

You can also find your result history and customize it by making an account. Furthermore, you can filter the results on the basis of ISP or your connection IP address as well.

The Beta version is now live and can be accessed at: https://speedtest.net