Weekly American entertainment trade magazine Variety published a story last week, in which an ex-employee of Snapchat Anthony Pompliano claimed that Snapchat’s ceo made some degrading remarks about India and Spain.

“This app is only for rich people,” Spiegel said, according to Pompliano. “I don’t want to expand into poor countries like India and Spain.” 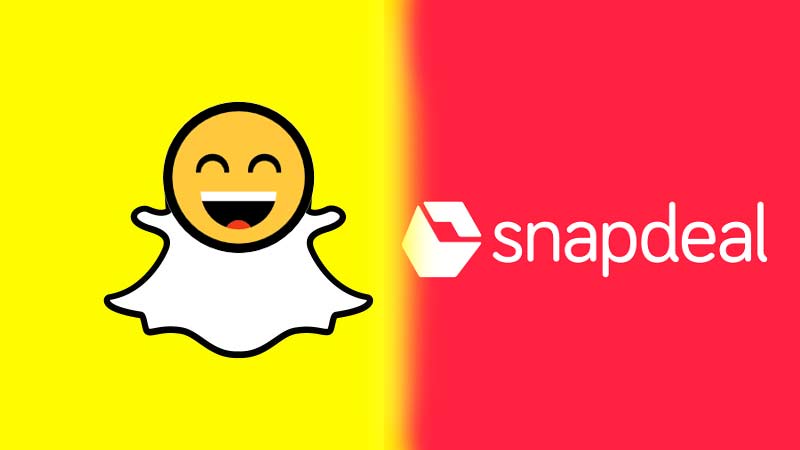 While Snapchat has publicly called these claims absurd and ridiculous, the backlash from Indian mobile users has affected not only Snapchat’s repute, but also those of a similarly named Indian app called Snapdeal.

Snapdeal is actually an online store in India with a wide range of products. However, it started receiving 1 star ratings on its Android and iOS app pages after the Variety story gone viral. 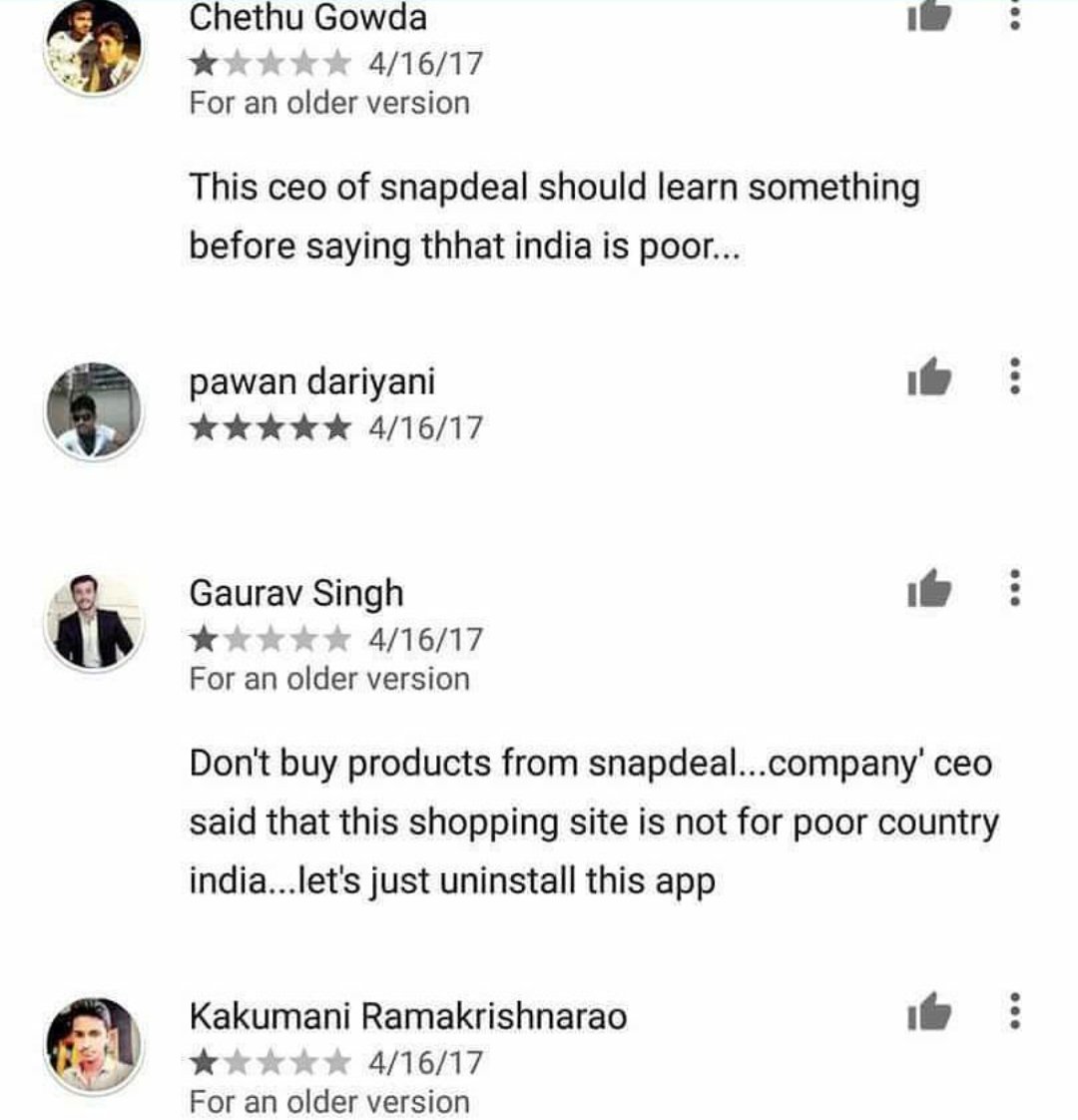 It seems like the “poor” Indians have mistaken Snapdeal for Snapchat and started giving out negative reviews with abusive language for Snapdeal’s CEO Kunal Bahl.

The funniest thing about this outrage is that Indian people who felt insulted, eager to distance themselves from Snapchat ended up deleting the app for the e-commerce platform Snapdeal instead.

Some people who saw sense headed to both app stores to give Snapdeal a 5 star ratings to counter the negative feedback.

@thetanmay Thanks bud. Ppl asking us to make a statement that @snapdeal is not @snapchat was possibly the last thing I thought I would ever need to do.

Those who left negative feedback on the actual Snapchat app pages were not enough to change the overall ratings much. Nonetheless, Snap Inc’s PR team said that they are working to resolve this issue as soon as possible, since these remarks are made by a disgruntled former employee.