We all know that QMobile earns a major chunk of revenue from the sale of low-end feature phones. However, the company keeps insisting on launching the so called “flagship devices”, that are essentially re-branded phones from companies like Gionee or other Chinese ODMs.

Just last week QMobile has launched another flagship device for Rs. 29,500. According to company claims it offers the best mix of hardware as compared to all of its previous devices.

As expected this phone is re-branded version of Gionee M6, which was launched in India and some African markets last year. 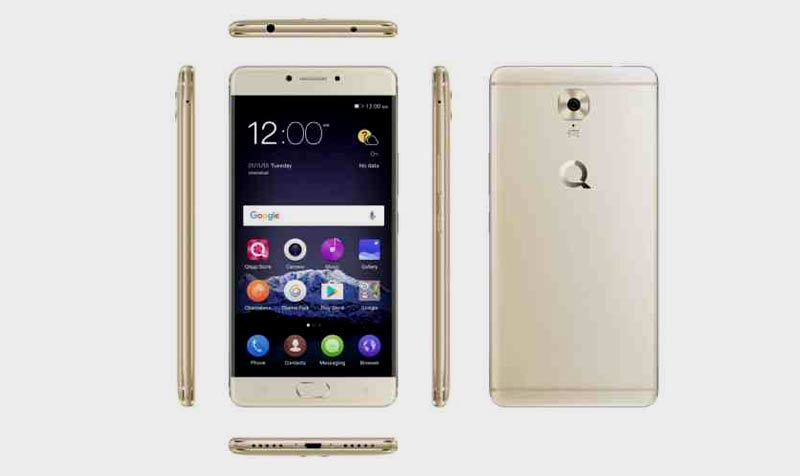 The key highlights of this new phone are the design and a large 5,000 mAh battery, coupled with 18W Trubo Charging. The phone body is made of a 6000-series aluminum block and it features a 5.5-inch Super AMOLED display with 1080p resolution.

M6 boasts 4GB of RAM and 64GB internal storage with a dedicated card slot, however the SoC is quite weak. The octa-core Helio P10 chipset might look impressive on paper but the actual performance isn’t so good.

It also features a 13-Megapixel primary camera with Sony IMX258 sensor, couple with PDAF and a single LED flash. The front camera can take photos up to 8-Megapixel resolution and features screen flash and beauty mode as well.

In terms of connectivity the phone offers, Dual SIM 4G LTE, WiFi, Bluetooth and USB 2.0 connection. It also has a fingerprint scanner mounted under the home key on the front side.

The phone runs an outdated OS, Android Marshmallow 6.0 which was released almost 2 years ago. Usually QMobile smartphones never get an official upgrade. Furthermore, with a MediaTek chipset inside, you shouldn’t expect to get Nougat or the upcoming Android O for this phone.

The QMobile M6 is available across Pakistan for a price of Rs. 29,500 across Pakistan and comes with one-year official warranty. This phone is bit overpriced for the specs it offers and the reputation of QMobile in the market, since the Chinese smartphones makers like OPPO and Huawei have better offerings in the same price range.

Furthermore, HMD Global is going to bring its latest range of Nokia smartphones in Pakistan, that offers somewhat similar kind of specs with a brand name that enjoys much better repute among the Pakistani customers.

Buying a QMobile in this price range won’t be the best option and we would advise you to look for alternates like the OPPO F1s, Huawei Honor 6x or the Xiaomi Mi Max.