Andy Rubin, the father of Android finally took wraps of his much anticipated smartphone yesterday. Dubbed as the Essential PH-1, it is a flagship smartphone that packs the latest Snapdragon 835 SoC and priced at $699. 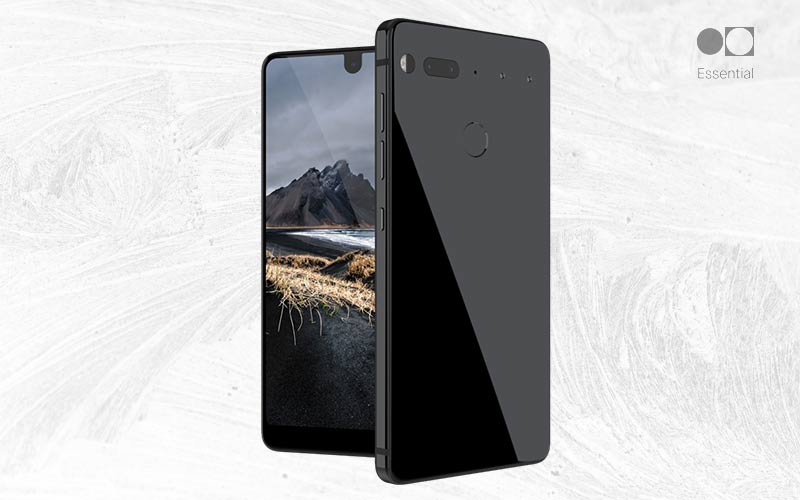 The key selling point of this phone is the durable built quality and the “almost” bezel-less design. Essentially, it follows the footsteps of Mi MIX with its razor thin bezels, however it keeps the front facing camera on top. As a result, you get the U-shaped chunk in the middle of the screen, which looks quite odd at a first glance.

Essential Phone at a Glance:

The phone features a 5.71-inch screen with 2560×1312 display resolution and a 19:10 aspect ratio. Due to its bezel-less design, it provides more screen space and looks quite sleek than as compared to other phones in the same category. 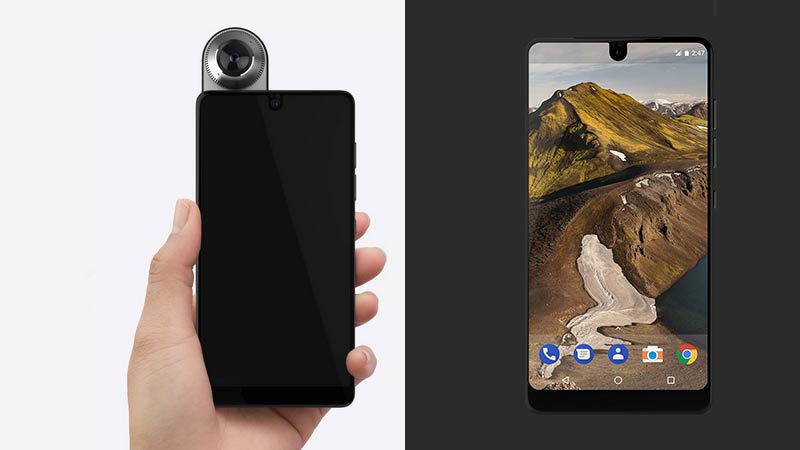 It is made out of titanium and ceramic, according to company claims this is the most durable combination of materials that could survive a usual phone drop without any problems. An interesting thing about this phone is that it doesn’t feature any kind of logos or branding. The company says that a phone is a personal device and it shouldn’t advertise a brand to everyone. 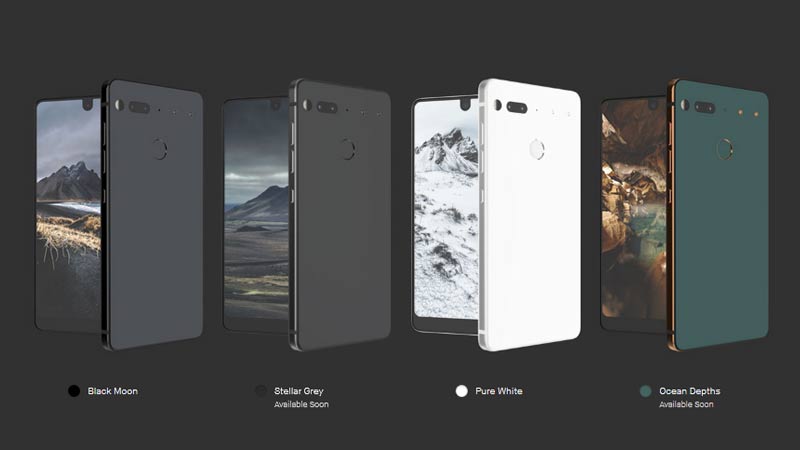 On the inside this phone packs a 2.45GHz Snapdragon 835 SoC with 4GB of RAM, 128GB of storage. The front camera is 8-Megapixel while a dual 13-Megapixel sensor setup with laser autofocus and dual-LED flash is on the back. It uses both color and monochrome sensors and you get a monochrome only mode as well. Both front and back cameras are capable of shooting 4K videos. 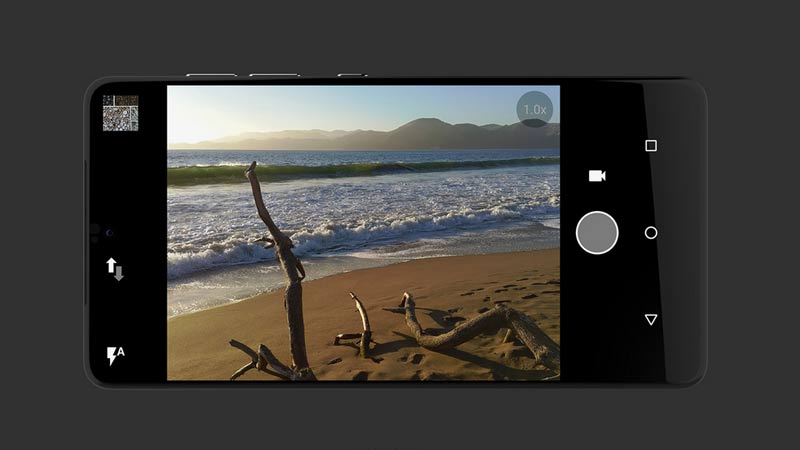 The Essential Phone also attempts to enter the modular category by featuring a pair of pogo pins with magnetic attachment system. You can connect the phone to the charging dock with this and there a 360-degree camera accessory as well. Company says that soon more accessories will be introduced for this phone.

This phone eliminates the trusty 3.5mmm headphones jack and there’s only a single USB Type-C port for fast charging and connecting an audio adapter. It also features a fingerprint scanner on the back, however there is no SD card slot in this phone. 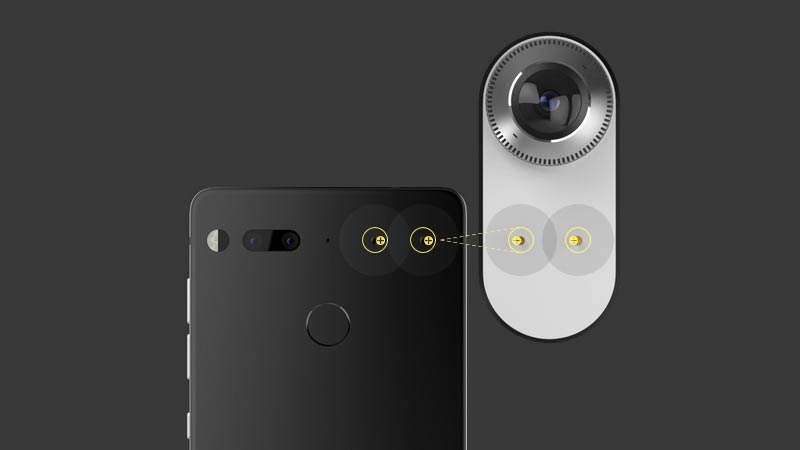 In terms of connectivity, Essential offers Bluetooth 5.0 LE, WiFi 802.11a/b/g/n/ac with MIMO, NFC and GPS. It supports most the frequency band used around the globe so you will be able to use LTE on this phone without any issues.

All of this is powered by a 3040mAh battery, that does support fast charging but only through the USB cable. 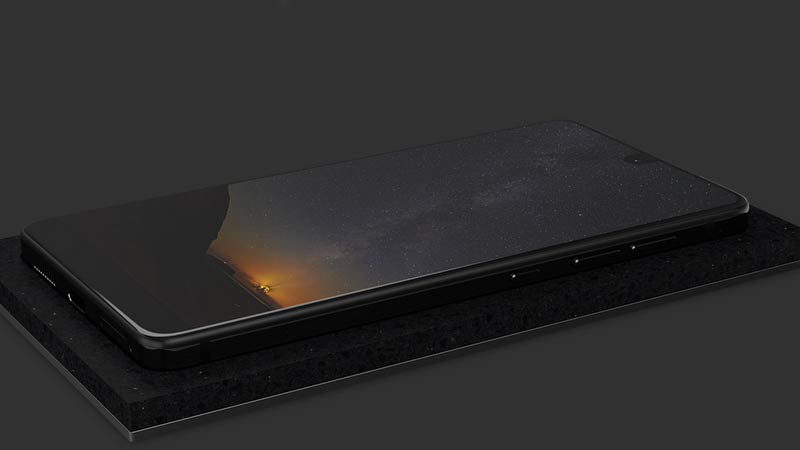 Essential runs on Android (Ambient OS) with a minimal customization, however it uses a thick status bar to prevent the apps and video being affected by the front camera dead spot. The notifications also adapt to the screen in order to avoid showing information in the middle. It feels strange that a phone coming from the Android founder, doesn’t reveal much about its operating system and we don’t even know what version of Android it is running on. 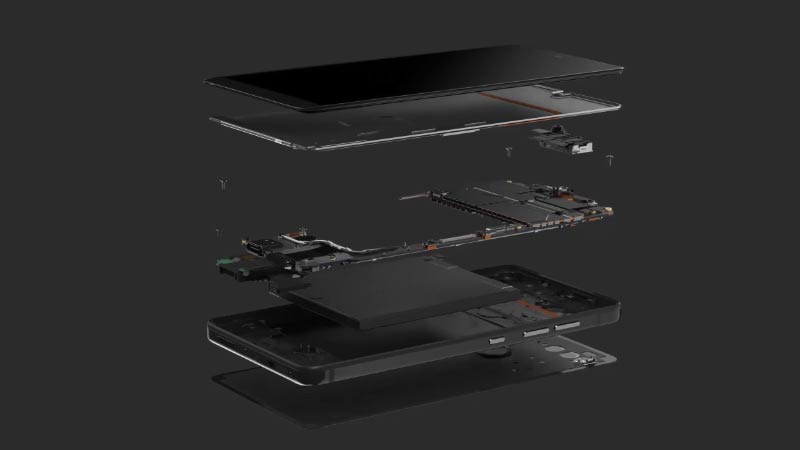 This phone is available for pre-order now with a price tag of $699 for the phone only and $749 for the Essential Phone + 360° Camera. Andy Rubin says that phones will start shipping within 30 days, however it will only be sold in the United States for now.