Yesterday, Microsoft took wraps off a new premium laptop priced at $999 and it’s called the Surface Laptop, which comes with a new version of Windows. 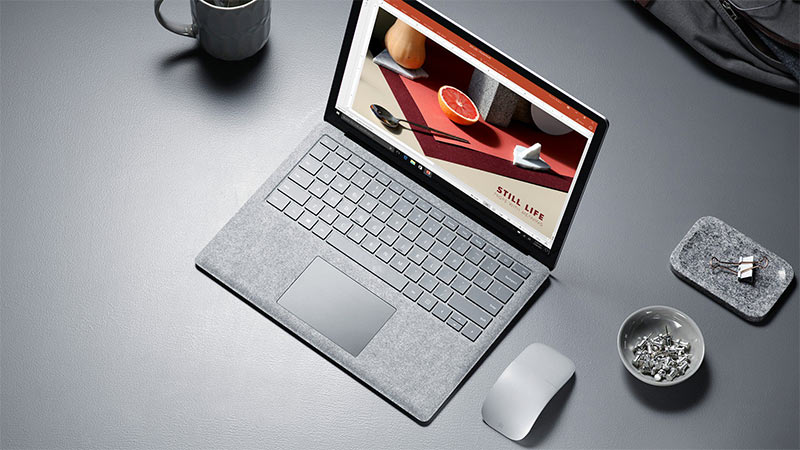 The Surface Laptop has a more conventional form factor, and it doesn’t feature the detachable display and keyboard offered in the previous versions like Surface Book.

The device has aluminum design and packs a 13.5-inch PixelSense display with a resolution of 2256x1504px pixels. Microsoft claims that it has the thinnest LCD touch module ever on a laptop.

The keyboard on this device is lined with a luxurious Alcantara fabric. It is durable and has the ability to resist spills, stains, and absorption, and wipe clean.

The laptop also has the Pen support, but you won’t be able to fold the display to get a perfect writing experience.

Surface devices are crafted for students, teachers and life-long learners to create the world of tomorrow. @panos_panay #MicrosoftEDU pic.twitter.com/tRBO8PlrNd

Microsoft claims that Surface Laptop is 50% faster than the MacBook Pro, and slimmer than any Apple MacBook Air or Pro. It offers up to 14.5 hours of battery life and there is no power drain – when the lid is down. 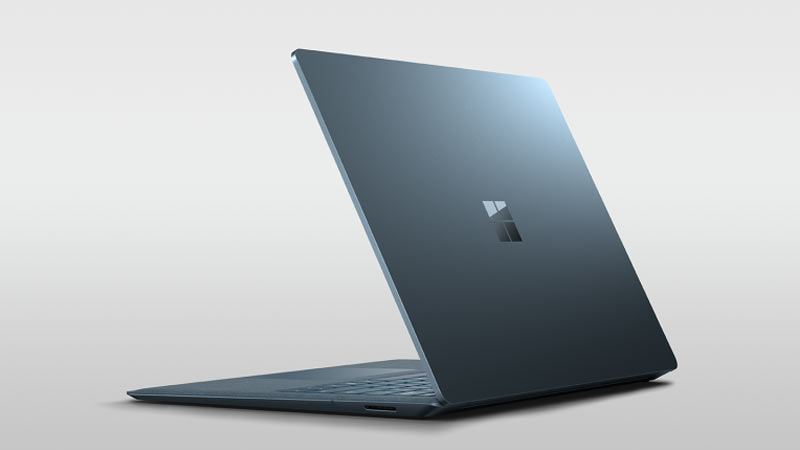 The Surface Laptop is the first device to feature Windows 10 S, which it announced today as a new edition of the OS designed primarily for the education sector.

Windows 10 S is basically Windows 10 Pro with locked down configuration for better management and security as it only runs apps from the Windows Store.

However, Windows 10 S will be capable of running Win32 apps. They have to be ‘converted’ for distribution through the Store, using Microsoft’s Desktop App Bridge.

Think of it as Microsoft’s answer to Chrome OS, an evolved version of Windows RT which is more secure and less irritating.

The Surface Laptop users could also get a free update to Windows 10 Pro, if they don’t like the limited experience. It is available in four colors: Burgundy, Cobalt Blue, Graphite Gold, and Platinum.

Surface Laptop at a Glance:

To me it looks like Microsoft is trying hard to be Apple, the new Surface Laptop aims to conquer the Chromebook market but the prices match with those of Apple. Moreover, the scaled down version of Windows might not be able to attract loyal users; we all know what happened with Windows RT.

The Surface Laptop does nothing new, it just shows that Microsoft is capable of making a premium looking device, that surely does piss off other manufacturers.

What do you think about that? do share your opinion in the comments below.