Microsoft has started notifying users that it is going to drop the support for Skype on Windows Phone 8, 8.1 RT, TV and Windows 10 Mobile operating systems.

The company said that after July 1, 2017 customers using Skype app on these platforms won’t be able to sign in or manage their accounts. The only way that users will be able to connect to Skype after July 1 is via its web service.

However, for the Windows 10 Mobile users, the UWP app for Skype can be used, which has officially exited its “preview” phase in April this year. 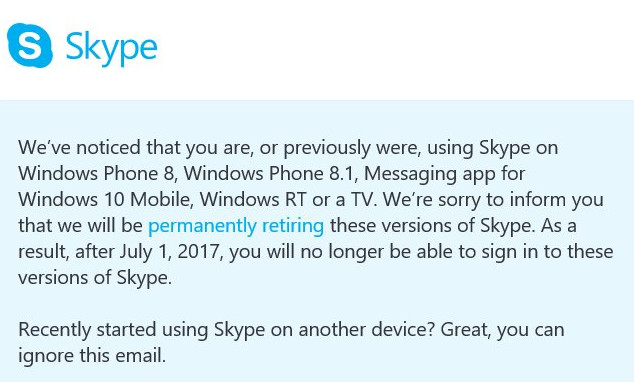 Skype Rebuilt from the Ground up:

Around 4 years ago, Microsoft started shifting Skype from peer-to-peer to a more modern cloud-based infrastructure and now with the completion of that process, Microsoft is ready to  ditch the legacy apps using old structure.

It is worth noting that recently,  Microsoft announced the next generation of Skype, including a brand new layout for apps that have been “rebuilt from the ground up”. The new apps are launching first on Android and then followed by iOS. However the MacOS and Windows version will take a few months to catch up. 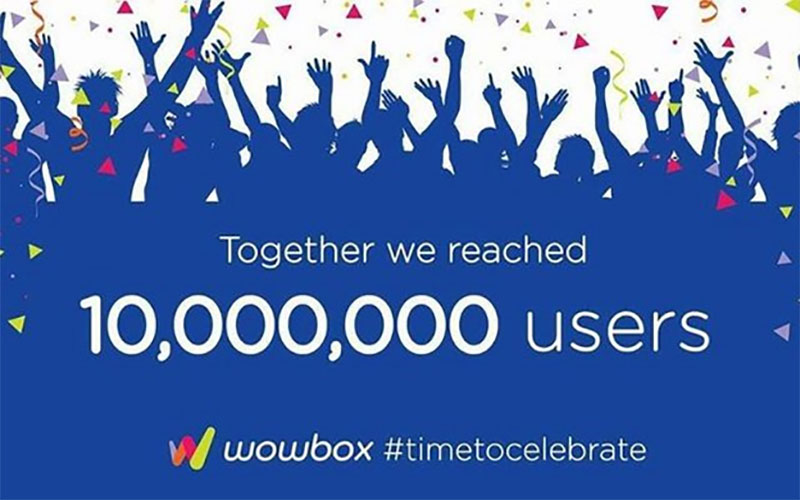