Robocat, a Danish software studio, created a mobile thermometer to solve your weather woes. Thermodo is a miniature electrical thermometer that plugs into the headphone jack on a smartphone or tablet and can be stored in a key ring. The passive temperature sensor can measure the external or interior temperature of the surrounding environment. According to the details on the Kickstarter page, an audio signal is first sent through the sensor. At this point, the sensor attenuates the signal amplitude and a built-in microphone picks up the attenuation in order to calculate the temperature using software installed on the mobile device. That sounds cool?

According to the Robocat

It’s incredible how much we rely on forecasts and so called “local” temperatures – the truth is that temperature values available online or through apps comes from weather stations that can easily be miles away. Nothing beats taking the measurement yourself right where you are.”

Thermodo user does not require a network connection in order to track the temperature. At launch, Android or iOS users can download Thermo for free and iOS users can also download a gorgeous premium weather application called Haze. However, the development team is currently working on a free Thermodo companion app for Apple users. The team is also packaging an open source software development kit that will allow other developers to create native Thermodo applications for other platforms in addition to adding Thermodo support to existing applications. 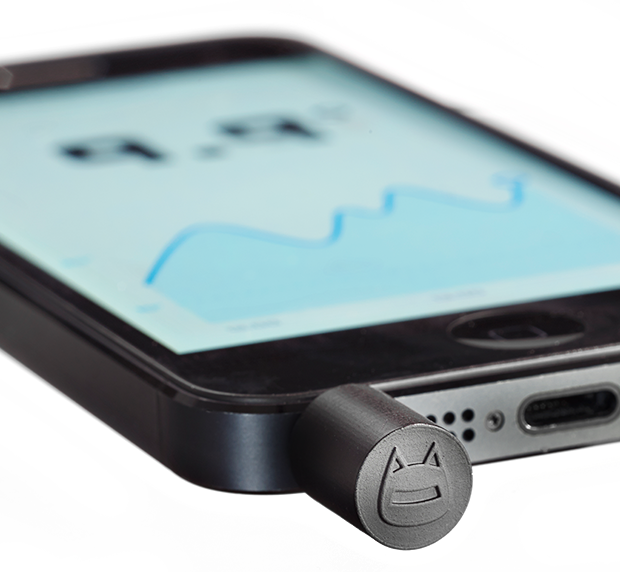 Robocat members are seeking funding to get Thermodo on the market, and within seven hours of launching their Kickstarter campaign, the project met its $35,000 goal and by now it has raised $112,267.

At the moment, the Robocat team is getting ready to work on prototypes for manufacturing. During May and June, the team will complete a beta version of the software development kit and companion app as well as running a test production run.  By July and August, the team will be running the full production run, packing up the final product and getting the first units into the hands of Kickstarter backers. The Thermodo starts at $25 for a black or white version, however there’s also an anodized aluminum version available for $39.

To know more about this project you can view the video below: