Ascend Mate 7 is latest flagship device from Huawei, unveiled at IFA Berlin this year. For some reason Huawei has decided to include “7” in the name despite the fact that it packs a 6-inch 1080p display. This is the third phablet in the Mate series and probably the best among them all. 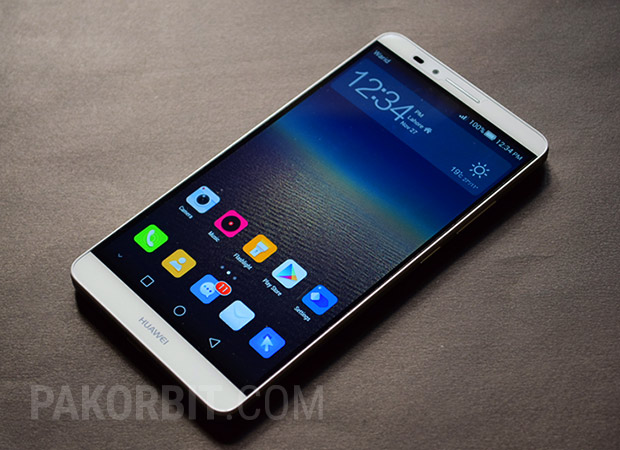 This 4G enabled phablet is packed with top notch hardware and offers tons of new features, which will be discussed in the upcoming review. However there is one thing which sets it apart from the rest of Android flock and that is the fingerprint scanner.

Unlike other implementations of the same technology, Huawei has opted for a scanner on back rather than putting it on the front. You’ll notice that there’s a square notch just below the camera with a shinny border, that is the fingerprint scanner everyone is so excited about. It seems like Huawei has took the idea from HTC and refined it to its best. 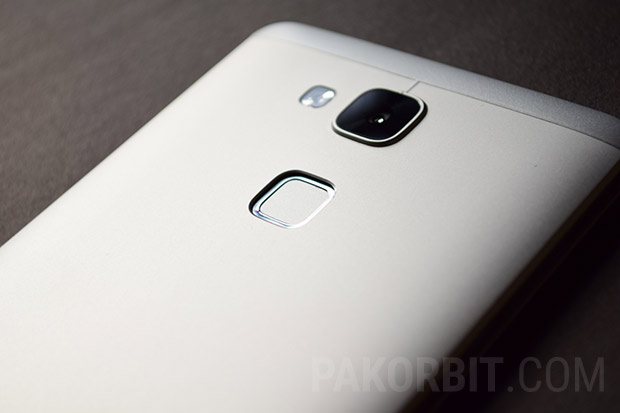 You don’t have to swipe your finger over it, rather a gentle touch will unlock the device for you ─ even if it’s in the sleep mode. It supports up to five different fingerprints and you can assign them to either owner account or a guest account. Owner account will have access to all the features, applications and data on device, where as with a guest account you can limit the access and hand-over your device to anyone. 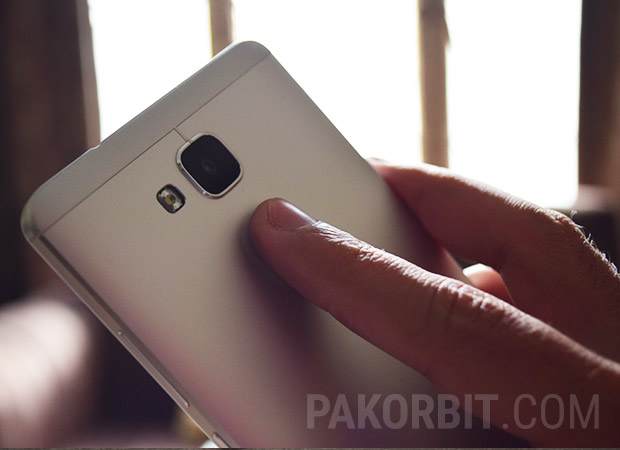 As I mentioned earlier, the fingerprint scanner works with just a slight contact, no matter if your hands are wet or a little oily, it will recognize the print with in a friction of second. It is because when you first setup the fingerprint ID, it will ask you to push your finger at different angle until you feel a little vibration. It improves the accuracy so even if you are holding phone from different angle it will still recognize your fingerprint. 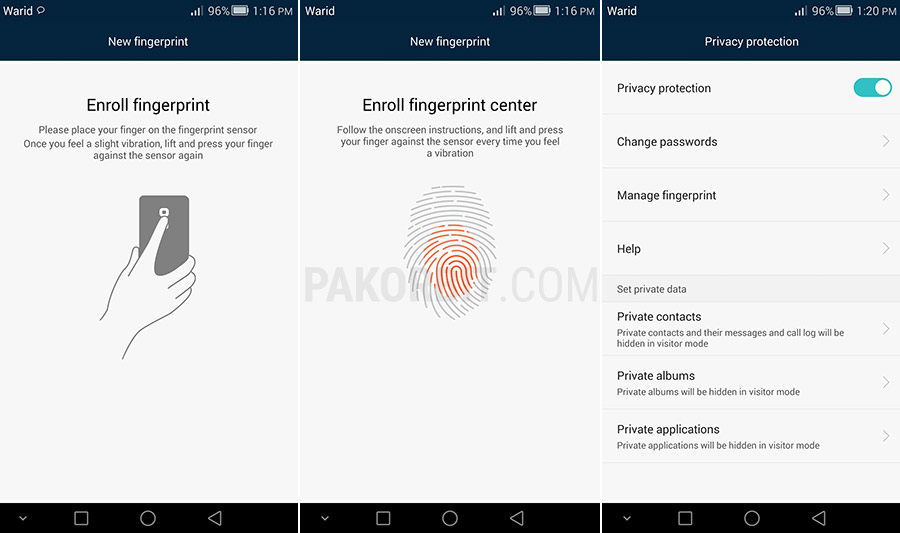 The fingerprint scanner on Mate 7 is quite secure, I have tried unlocking the phone with my fingerprint on paper and plastic, but it never accepted those and always required the touch of “skin”. Not to mention again that it is quite fast and you don’t have to enter patterns and pin codes anymore for unlocking the phone or an application. But in case you’re not able to scan your fingerprint, it could be unlocked with a 4-digit pin code. 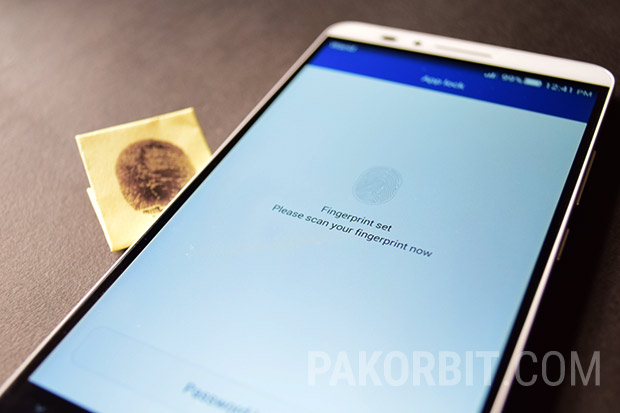 So far it is the best and quickest implementation of the fingerprint scanner in a smartphone, however there’s a chance that anyone can unlock your phone with your fingerprint when you’re asleep. So I guess there must be a setting to disable the fingerprint scanner at a scheduled time and use a pin code instead? What do you think? Do share your opinion in the comments section below.