In order to restrict spam bots from signing up to a new service, most of the modern websites use Captchas. If you aren’t familiar with the term, these are the tiny nearly illegible bits of text and numbers used to distinguish humans from automated scripts.

One popular service providing this type of security is reCaptcha, which is a part of Google enterprise. reCaptcha protects your websites from spam and abuse. Users trying to register a new account are  prompted to confirm they aren’t robots by asking them to read distorted text and type it into a box, like this:

Users can also listen to the text, if they don’t feel comfortable reading the distorted text. However for most of us it feels like a cumbersome process and takes a good amount of time and multiple clicks to get the job done. Moreover some bots can read the distorted text at 99.8% accuracy, thus defeating the purpose of Captcha.

So good folks at Google have tried to make this process simple and more secure. Now instead of having to type a pair of words or numbers to prove you’re a human, all you have to do now is to tick a check box. This new API is being called “No Captcha reCaptcha” and this is how it looks:

If you compare ticking a checkbox vs typing some text, it looks like the new system is actually very stupid. However its not the case, Google has developed an Advanced Risk Analysis backend for reCaptcha that actively considers a user’s entire engagement with the Captcha before, during, and after to determine whether that user is a human.

Captchas aren’t going away just yet. In cases when the risk analysis engine can’t confidently predict whether a user is a human or an abusive agent, it will prompt a CAPTCHA to elicit more cues, increasing the number of security checkpoints to confirm the user is valid. 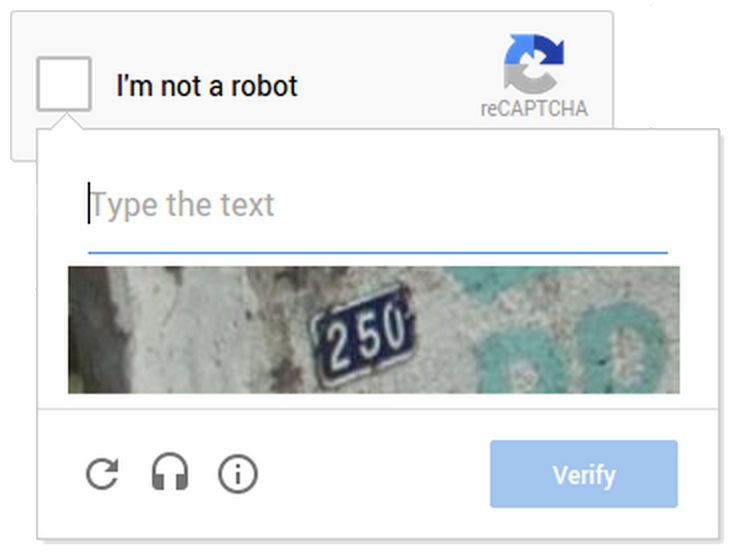 The company is also trying to make Captchas mobile friendly, thus introducing the system of image labeling where the users have to match an image in order to prove they’re human. 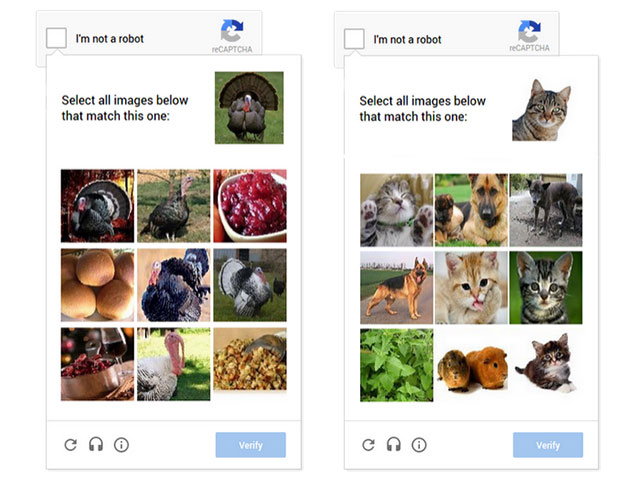 No Captcha reCaptcha is already live on some sites, including Snapchat, WordPress and several others with great results. Visit this link to know more about reCaptcha and how to implement it on your website.