The Chinese smartphone giant, Huawei is going to launch the next iteration of Mate phablet on October 16. Presumably, it will be called the Mate 10 and would feature an edge-to-edge display for the very first time in a Huawei device.

The recent Huawei phones, including  P9, P9 Plus, Mate 9, Mate 9 Pro, P10 and P10 Plus all have dual camera setups certified by Leica, so it is obvious that Mate 10 will continue the tradition. However, the bezel-less display would be the new addition. 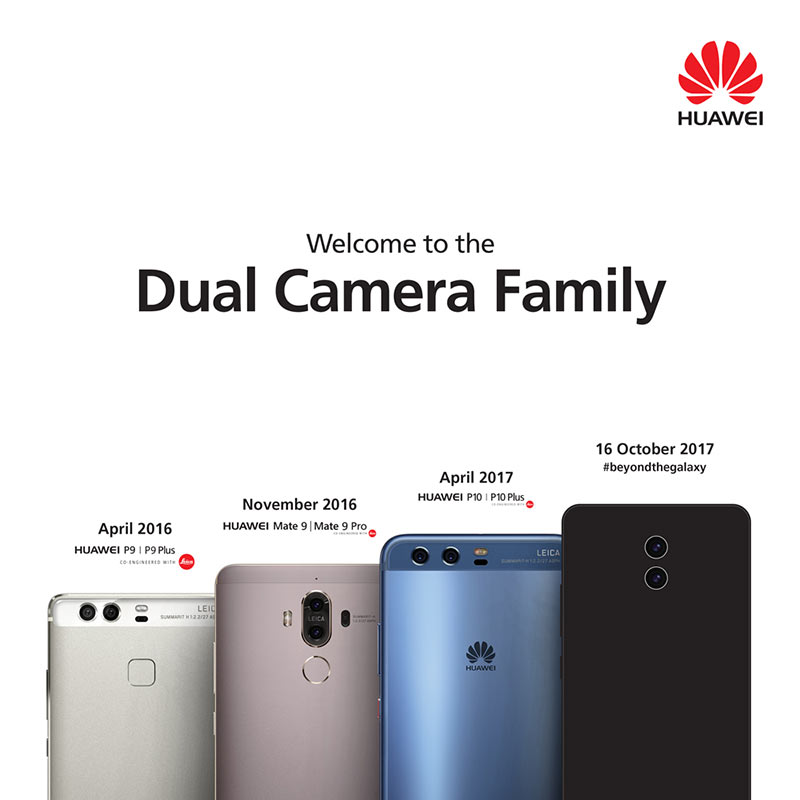 Mate 10 to Compete Against Galaxy Note 8:

Most of the flagship phones these days have very thin bezels and Samsung has already set the bar too high with the Galaxy S8 and Note 8 infinity display. However, it seems like Huawei is not giving up just yet.

The tagline “Beyond The Galaxy”, clearly takes a jab at the Samsung Galaxy smartphones and it seems that Huawei will surprise everyone with the Mate 10.

Huawei has already released two curved screen phones last year including the Mate 9 Pro and Honor Magic, so it won’t be difficult enough to make a bezel-less phone this time.

However, the first teaser of Mate 10 doesn’t reveal much, other than the fact that it will boast a dual camera setup. We already know that Huawei will be using a new chipset in this phone with an improved version of EMUI running on top with focus on AI among other stuff.

Keep watching this space for more information on Mate 10.