Today while the nation was celebrating 71st Independence day, several government websites were hacked by Indian hackers and defaced with pro-India messages.

The websites of the Ministry of Defence, Ministries of Law and Justice, Religious Affairs, Water and Power, Establishment Division, Ministry of Climate Change, Ministry of Inter-Provincial Coordination and others were hacked by a group identified as LulzSec India.

A Massive Hack or Poor Security?

It merits mentioning here that hackers from both sides often target important websites, especially those related to government and security agencies. However, today’s hack showed a major flaw in the security of these websites as all of them were hosted on a single server, we’ve checked.

So, once the hackers gained access to one of them, they were easily able to deface all websites hosted on the server – making the job much easier.

At this moment, the Pakistan government has taken back the control and all the defaced websites are showing “Under Maintenance”  notice. However, there has been no comment from the government on the matter and the websites remain defaced till they were rendered inaccessible.

It is also unknown that if hackers only defaced the websites or they were also able to extract some sensitive data from the servers. The hackers only left messages praising India and its armed forces on the websites. 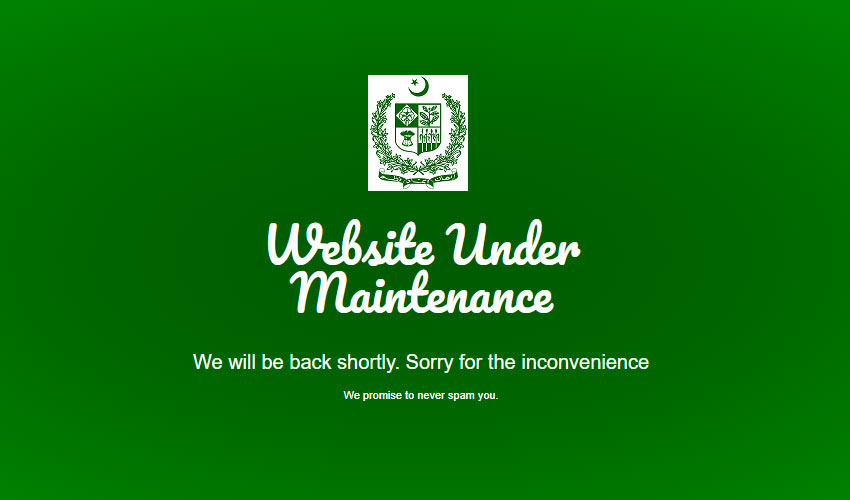 Why Pakistan Government Websites are Always that Poor?

Despite spending billions of rupees of tax payers money on these web portals, nearly all federal and provincial websites in Pakistan are quite poor in terms of design and functionality. No proper security measures are taken to secure the sensitive data against such hacks and quite often these websites gets hacked or choked.

There needs to be a serious discussion on this issue, IT experts and social media influences should pressurize the responsible people and departments to hire competent web developers and agencies to handle these websites. So we can avoid such hacking attempts in the future and provide better user experience on these portals.