I assume you all know about Angry Birds, a famous game franchise by Rovio, the first in series was released back in December 2009 for iOS and soon it became the largest mobile app success the world has seen so far. Now this game is also expanded to other Mobile Operating Systems and PCs.

The Angry Birds characters have been referenced in television programs, Commercials, Theme Parks, Books, Toys, Clothing, Mascots and Softdrinks. A 3D computer-animated film has also been officially announced for release in 2016. 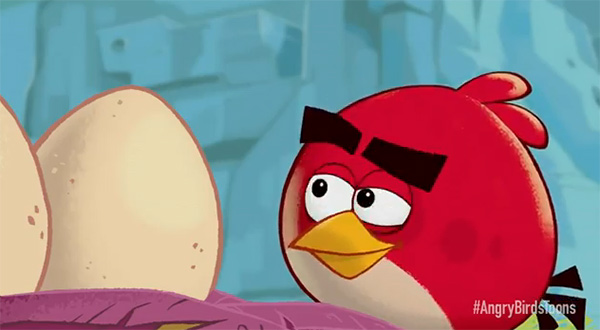 Yesterday Rovio announced on the blog that its bringing an Angry Birds cartoon series to the web starting March 16th.  Rovio says the web-only series will answer some of your burning questions like “why the birds are so angry?” A new episode will be made available every week.

Here is the trailer, watch it and tell us how do you feel about it?