Huawei‘s first Windows Phone 8 device, Huawei Ascend W1 which was introduced at CES this year is coming soon to Pakistan, no words on price though. Thanks to our friends at Huawei Pakistan, who specially arranged this device for our review even before its launch anywhere in the world – So here it goes: 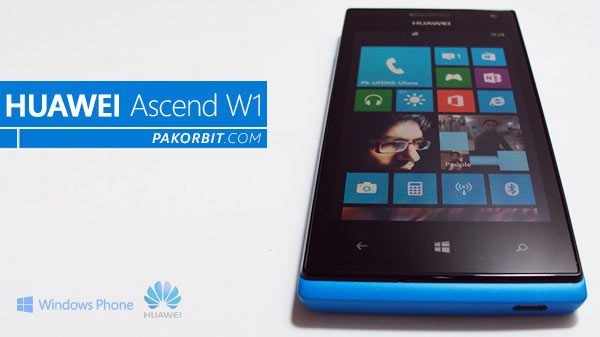 To be honest this phone looks a like a member of Lumia family. It has the same block shape and it has the same bright colored body with colors like Cyan and Red. The body material is mostly plastic with a rubbery feel especially the back cover. Above the screen there are ear speaker, Light Sensor, LED Indicator and front facing camera. Below the screen we have got three touch sensitive buttons for back, home and search. The microphone is almost hidden beneath the screen.

On the back there is the primary Camera with a nice circle around it, with LED flash light and microphone. On the bottom of the backside there is a loudspeaker. 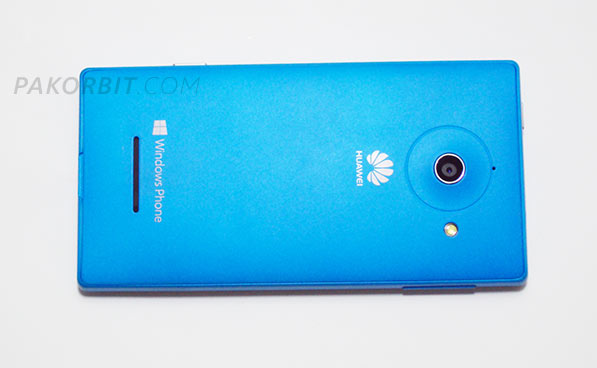 Beneath the removable battery cover we have slots for Mini SIM, micro-SD card and Battery.

The Huawei Ascend W1 is packed with a dual core 1.2GHz Qualcomm Snapdragon processor, 512MB of RAM and 4GB of internal storage. It has a 4 inch IPS LCD touchscreen with a resolution of 480×800 pixels. The Huawei Ascend W1 offers nothing special as compared to the other Windows Phone 8 devices like Lumia 920 and HTC 8x, but don’t worry it won’t be costly like those devices.

Like I have told you earlier this phone is powered by Windows Phone 8 OS, and yes its purely Windows Phone, unlike other manufacturers like Nokia and HTC – Huawei left the OS untouched, no bloatware no customizations.

Previously I have used Windows Phone 7 and the new OS looks pretty much same but its faster and some essential features are added like Bluetooth file transfer, Screenshot and SD Card support etc. but sadly no file manager or folder previews. 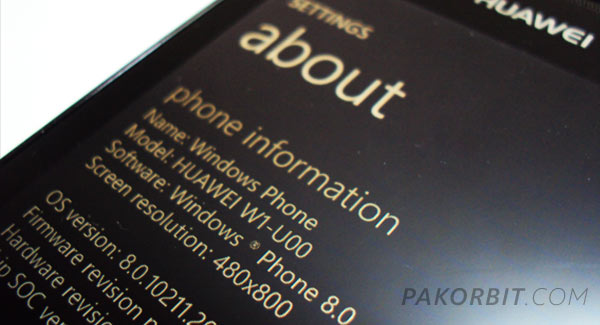 You can now shrink the live tiles to quarter of their original size, which gives you more space on the home screen. Windows Phone 8 also offers improved “Multi-tasking”, long pressing the back key takes you to the recent apps preview where you can quickly resume the application. Though developers have to add this functionality to their applications, otherwise it won’t work. Windows Phone 8 also brings IE 10 that has much better support for HTML5, The browsing experience of this phone is great.

The Kids corner is also a useful feature, by using this feature you can safely give your mobile phone to your kids. You have total control over the apps so you can only allow some of them like games and music and block others like Facebook, Email etc. The kids can also customize their screen and tiles. Its like creating a new user in Windows with limited access. 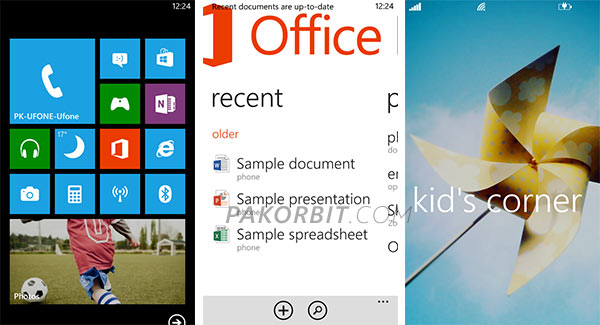 If you are switching from Android of iOS you will surely miss the huge apps library. Windows Phone has a very limited number of apps with very limited functionality and most of them are paid ones though you can try them for free.

The phone is equipped with two Cameras, 5 MP primary camera on the back and a VGA camera for video calling on the front. The Camera has a dedicated two Step shutter button and the phone shape also makes it pretty comfortable to take pictures or record video. You can also take photos by touching the screen.

The Primary camera result is mediocre, In good lighting conditions images turn out bright and clear but the shutter speed is definitely not the ideal one and you have to be very careful and stay still to take the images otherwise you will end up with a blurry image, It takes a little longer to focus and the LED light is quite irritating to eyes. There is no digital zoom and you only get white balance, ISO, Resolution and scene selection settings.

You can record either 720P or VGA videos, like the Camera there is no digital zoom and you only get white balance and scene selection settings. For low light situations you can turn on the LED light but as I mentioned earlier it is quite irritating to the eyes.

The phone is packed with a 1950mAh battery which it claims to provide 470 hours of standby, According to Huawei this is the longest on the market for this type of phone. For an average user the battery lasts for almost 2 days and you can always turn on the “Battery Saver” mode to reduce the battery consumption and extend its life. The LED indicator for battery is located near the front facing camera which turns red when battery is very low and green when it is fully charged.

Though the phone specs aren’t very impressive and the Windows Phone 8 OS is not as good as Android or iOS, but the phone performance and build quality is great. Due to its small size, block shape and the scratch resistant rubbery plastic the phone fits neatly in the hand. Although no word on the pricing yet but since it’s a mid-range phone we hope that price will not cross Rs. 20,000 mark as the Nokia Lumia 620 with nearly same specifications is available in the market for almost Rs. 24,500. 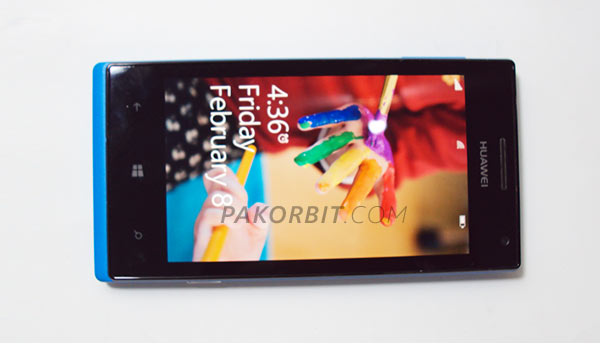 So if you are switching to a Windows Phone and you have a tight budget, Don’t go for old Windows Phone Mango devices because Huawei Ascend W1 powered by the all new Windows Phone 8 is a very good choice in this price range.