Samsung Galaxy S8 to Offer a Continuum Like Desktop Experience

Smartphones are considered to be mini-computers. These small modern day devices are much powerful than the old bulky desktop computers we were using a decade ago. 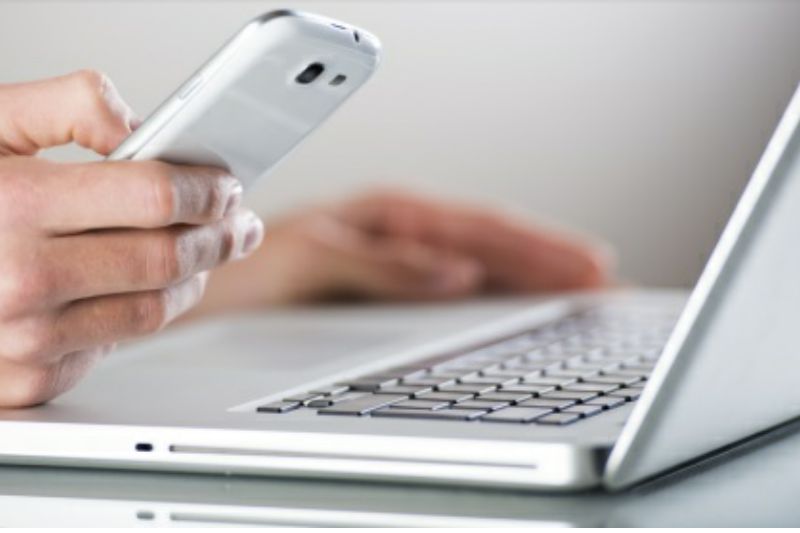 However, these small screen devices have one major drawback, we can’t use them as a computer for business or work related purpose since the display is very small.

But what if we can connect them to a big screen and use their processing power to perform different work related tasks? Well, Microsoft has done something very similar with it’s Continuum feature that turns the phone into a full fledged computer. Ubuntu’s Convergence is another example that our smartphones have more potential.

Now it seems that Samsung might be joining the fray in just a few months by introducing a new feature that can convert the smartphone into a computer, without any hassle.

A leaked presentation slide for the Galaxy S8, shows what Samsung is calling its Desktop Experience, which looks pretty much like Windows 10 Mobile’s Continuum feature. 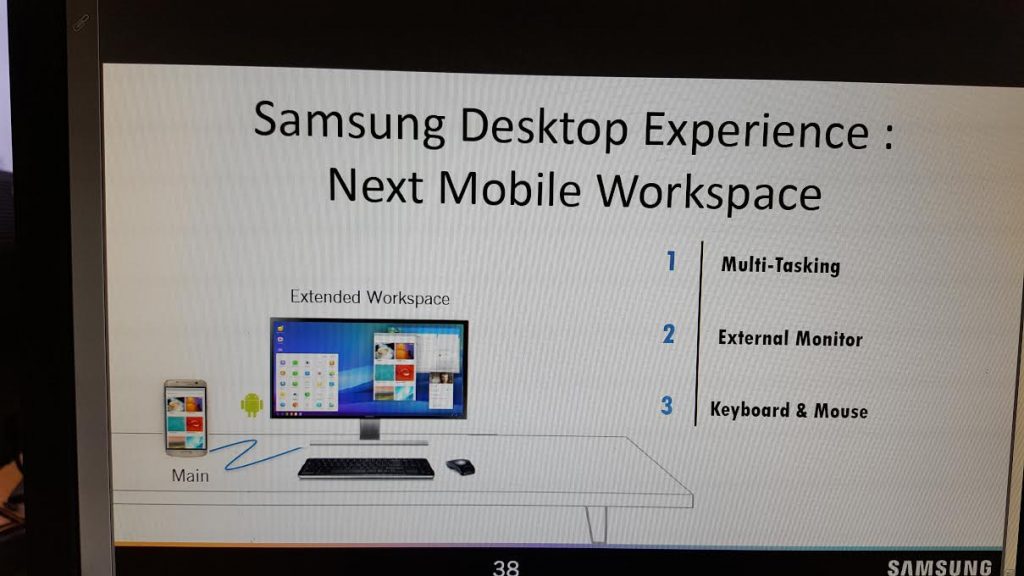 A smartphone connected to a monitor with a cable and to a wireless keyboard and mouse. The monitor display has a familiar desktop environment, much similar to Chrome OS with multitasking and floating windows.

After the Note 7 fiasco, Samsung really needs a big change for its next flagship. Galaxy S8 is already rumored to pack the best of hardware and several iconic features from the Note line-up.

It won’t be a surprise if Samsung decides to bring the desktop experience for Galaxy S8, since the Korean giant already has the expertise to develop both kind of products.

We don’t have to wait much longer to see this device in action, since for the last couple of years Samsung has shown off its phone one day before Mobile World Congress starts.